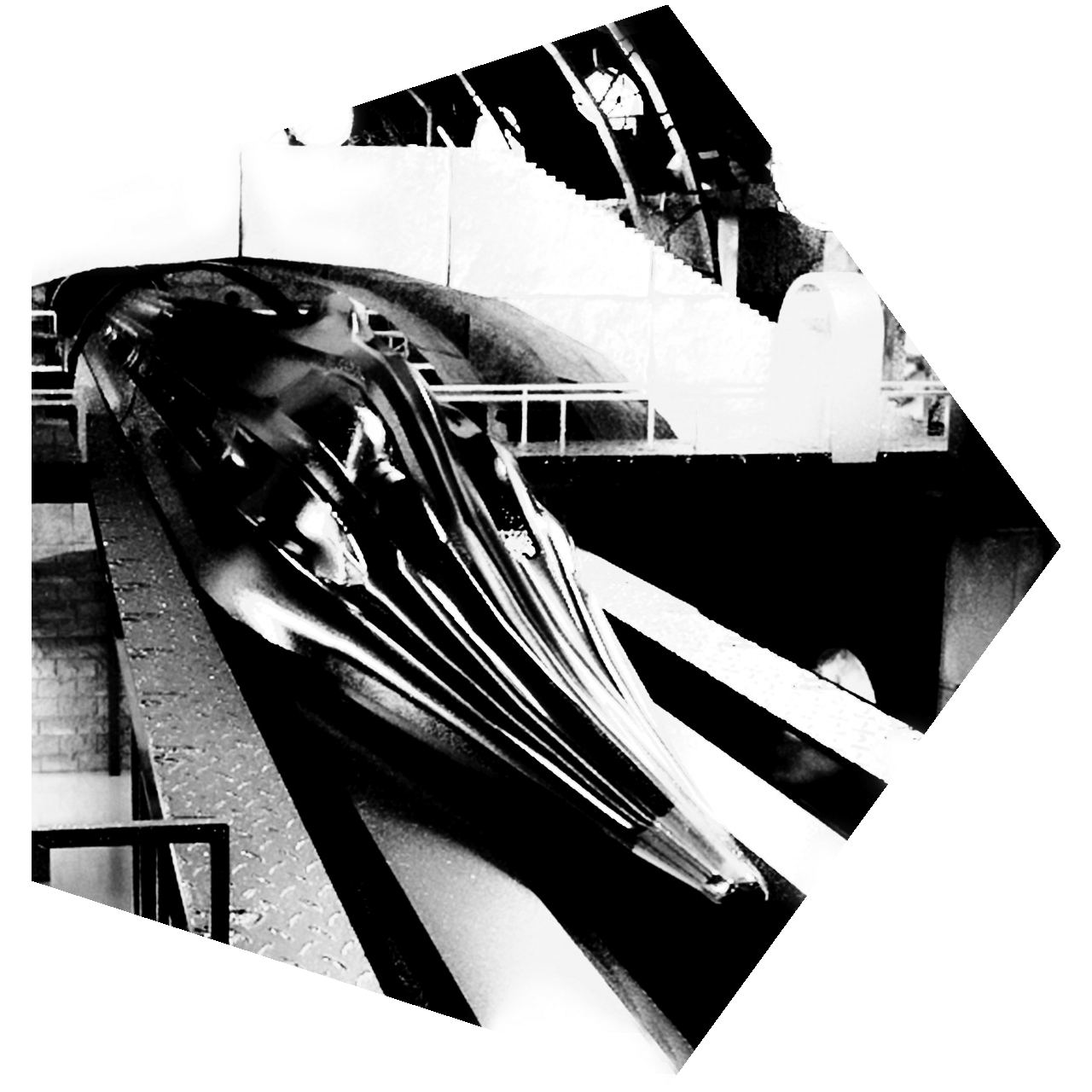 This 3D modeling and animation project was created despite any prior knowledge in 3D within 3 months while working on 2 other projects. The brief was to design and animate a Maglev train and underwater train station for the futuristic year 2146 in former London now called Thames Basin. My interpretation of this project was a rather bleak future inspired by The Hunger Games and class separation.

The year is 2146. The increasing effects of climate change have led to rising global temperatures. In addition to wide areas of equatorial land becoming too hot to support life, the ice caps and glaciers across the world have all melted, resulting in vast coastal submersions of cities and civilisations. Following on from the widespread deaths, riots and panics caused by devastating weather conditions: tornadoes, tidal waves, and endless droughts; mankind has started to regroup and rebuild. While some populations have withdrawn to higher, protected ground, other groups have decided to exploit the seas, now adjusting to the changed salinity and higher levels, and providing a rich source of food and energy.

The older nations have fragmented and recombined, creating new joint oceanic nations. Their populations are distributed across a network of pressurised undersea cities – domes on the ocean floor, mainly given over to power generation and heavy industry; residential habitats based underwater and some distance offshore, to minimise the effects of the continuing storm patterns – these habitats also are generally linked with aquatic food farming and service industries. Finally, on the surface, clinging to the final remnants of island archipelagoes, or the ruins of the great coastal cities of the past, are the frontiers of the new civilizations- trading posts with the remaining land-bound populations, centres for land-based agriculture, and offering tourism and heritage sites highlighting the best (and worst) of the old world. Piracy and black markets are rife in these frontier communities that survive through creative repurposing of salvage in the face of humanitarian crisis. Civil unrest is common, and there is an active insurgency.

Given the nature of these new nations, high-speed and reliable transport systems have become an essential part of the infrastructure. The lower populations coupled with clean renewable energy sources mean that the habitats have been linked with high-speed mag-lev lines, protected within high-tensile transparent tubes that allow the passengers to look out at the surrounding ocean as they pass through and above it.

As the Complex-Maglev International Subsea Transport network (C-MIST) is such a central aspect of everyday life, each nation has chosen to celebrate its heritage in the appearance of the trains, carriages and the station areas themselves. The transit tubes are large enough to accommodate non-standard extensions and modifications to the standard transit train. A side effect of the improved maglev technology has meant that heat is generated within the train’s magnetic coils during travel – this has been harnessed to provide an updated steam power source for use within the train for ancillary power usage (lights, catering, entertainment, onboard systems). The resulting train designs therefore resemble the advanced tech, steampunk designs often depicted in early 21st century popular literature.

Some of the stations have been in continuous use now for over 50 years, and the marks of wear and use are evident – rust, water staining, corrosion, are all common. Others are newly built, and gleam brightly, reflecting the many lights picking out all the details showcasing their heritage.

The original idea focused on the monarchy and techno-romanticism of London. The main goal was to visualise the two class society and the combination of old and new elements.

While the shape of the train is to fulfill the purpose of aerodynamic sound reduction, the colours itself are inspired by I. K. Brunel’s steamship the ‘Great Western’. 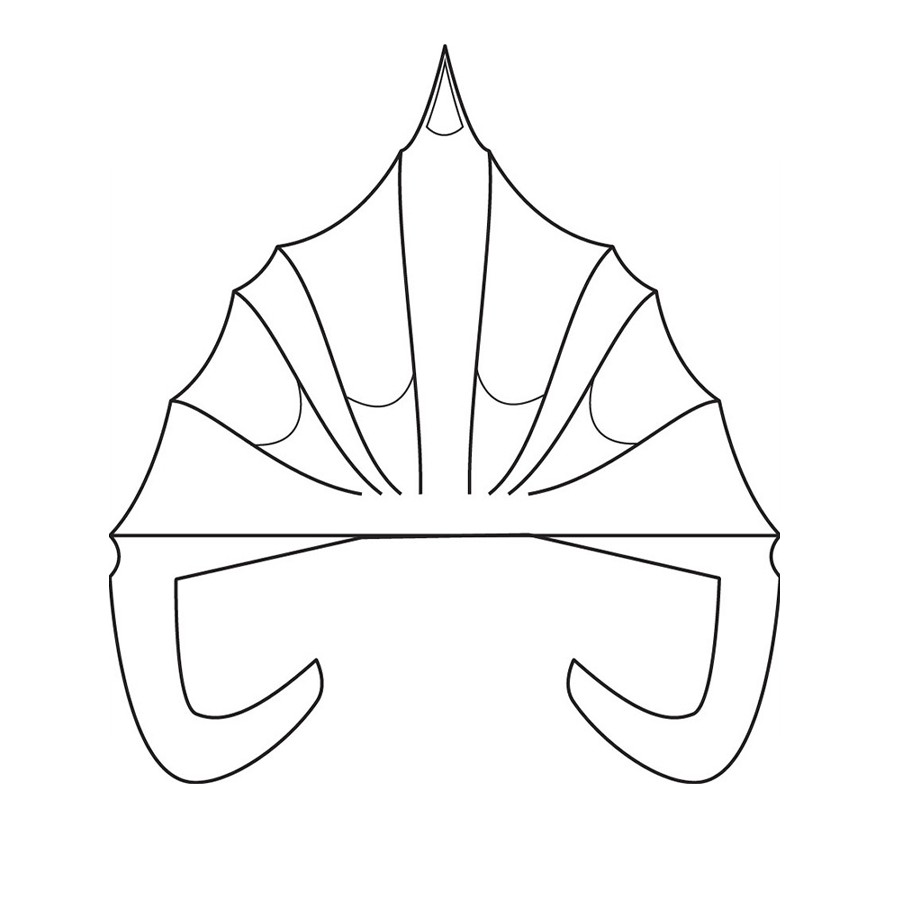 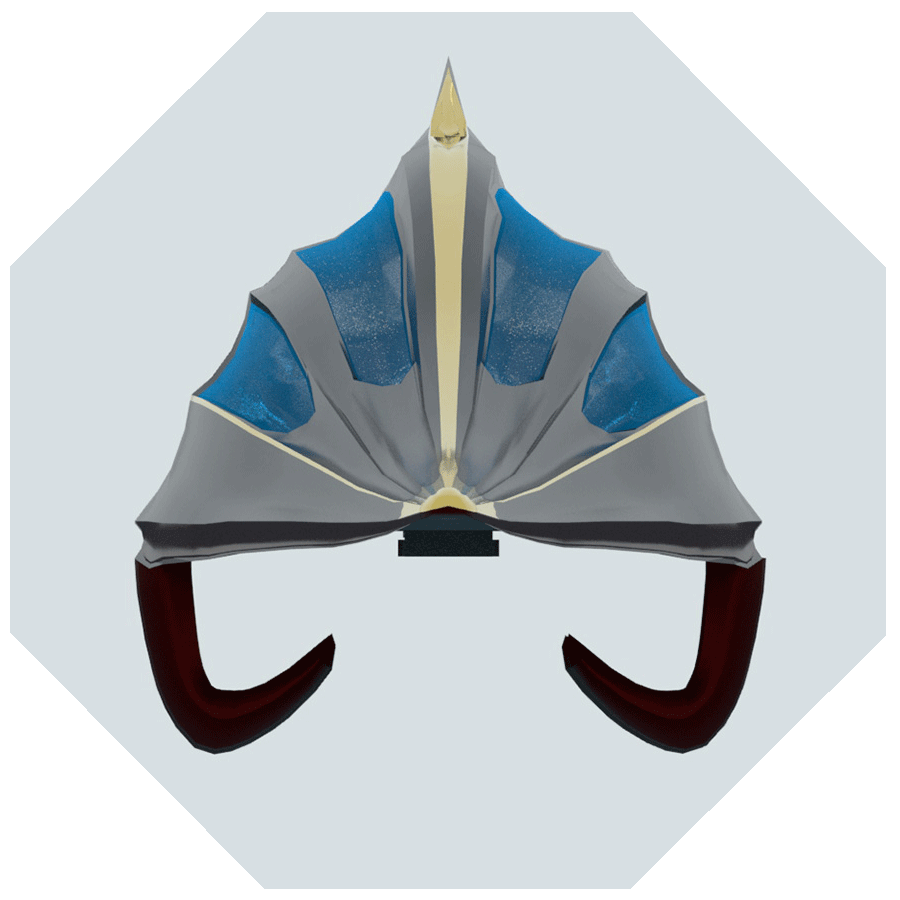 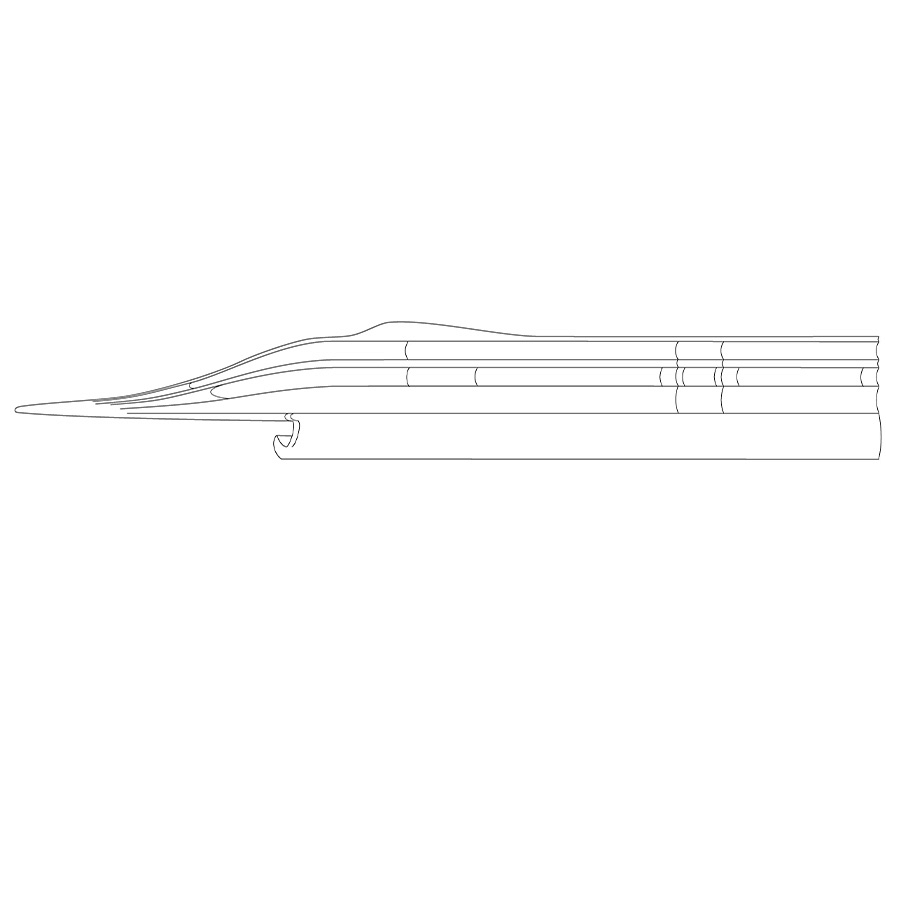 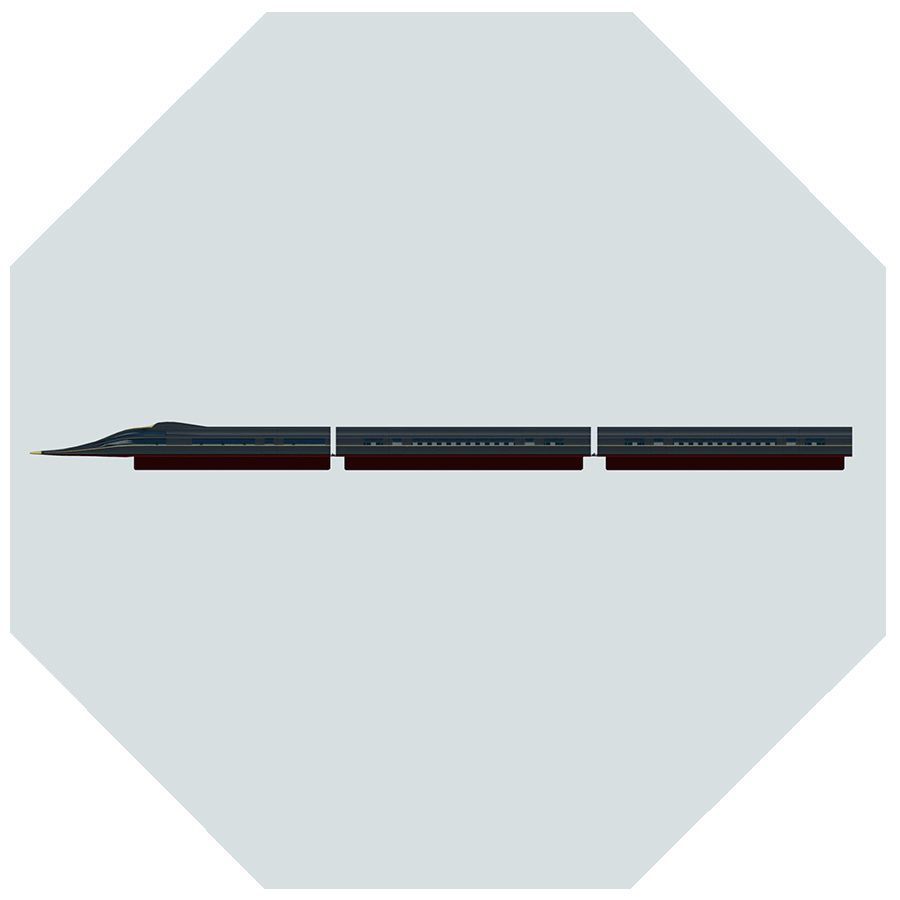 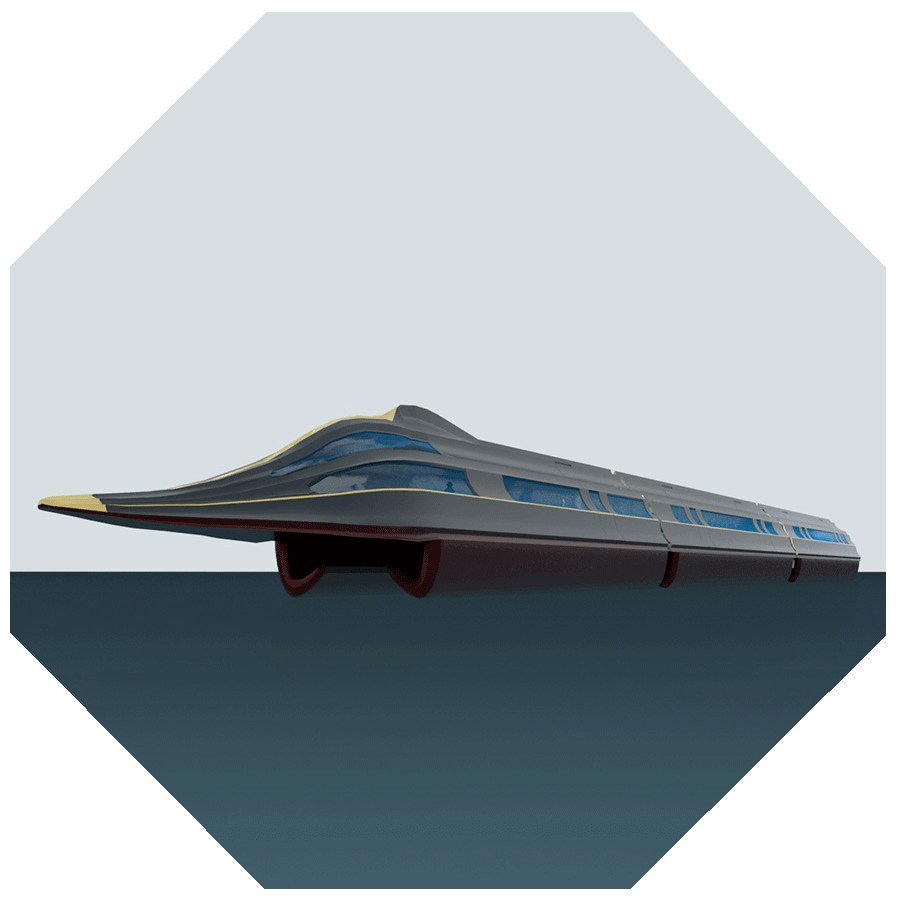 Due to the two class society – the royal monarchy and the general citizens – the train contains two different carriage classes. While the first class has royal and warm colours such as red and gold, the second class uses mostly green for its calming effects on the tense situation in society.

To be able to provide more space, comfort and above all privacy for the first class the seats carries space for 14 seats. However, the second class is focusing on transporting as many passengers as possible and therefore has 80 seats per car. 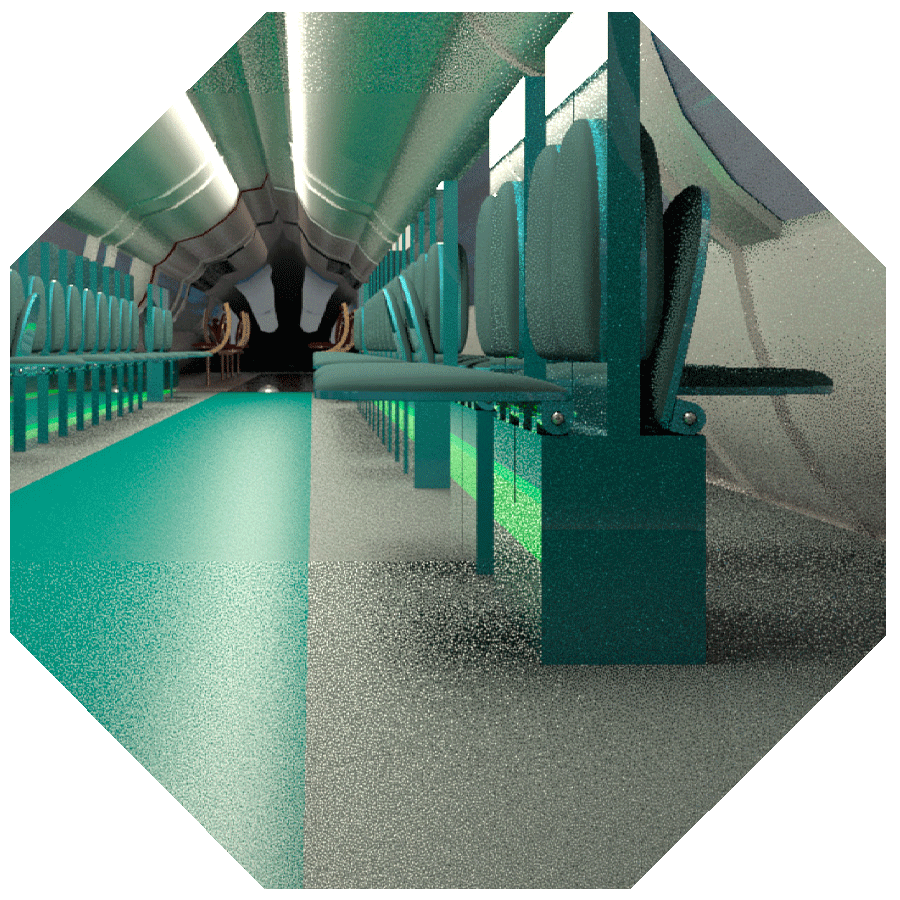 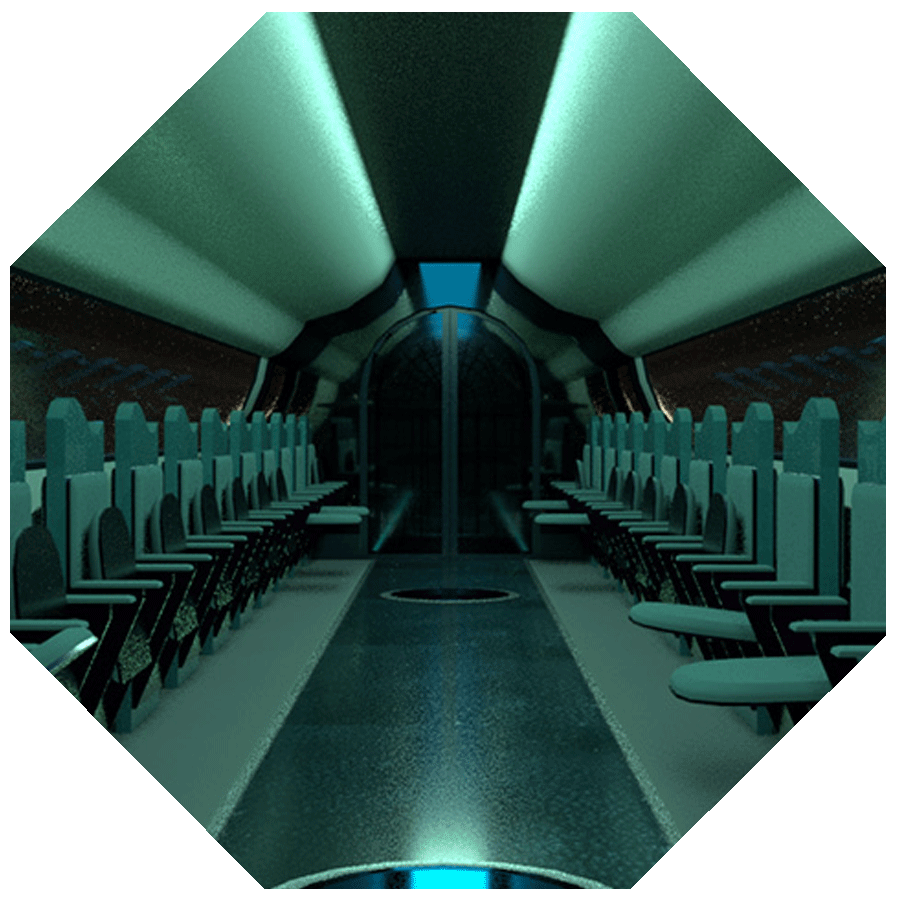 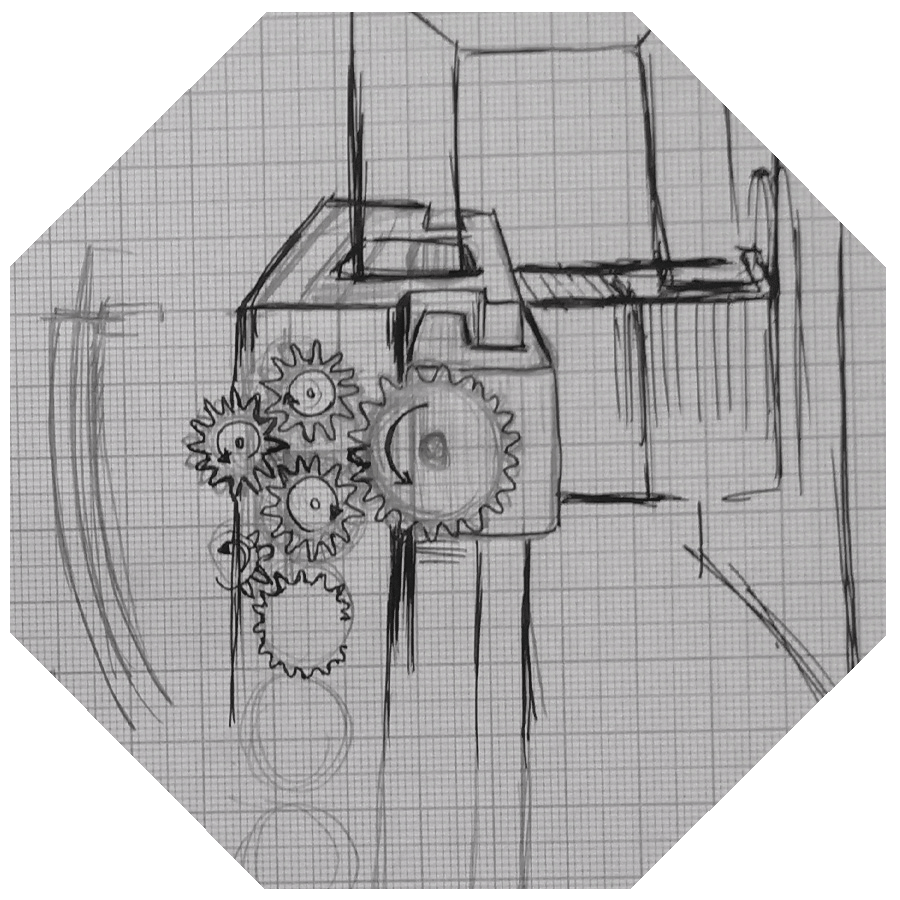 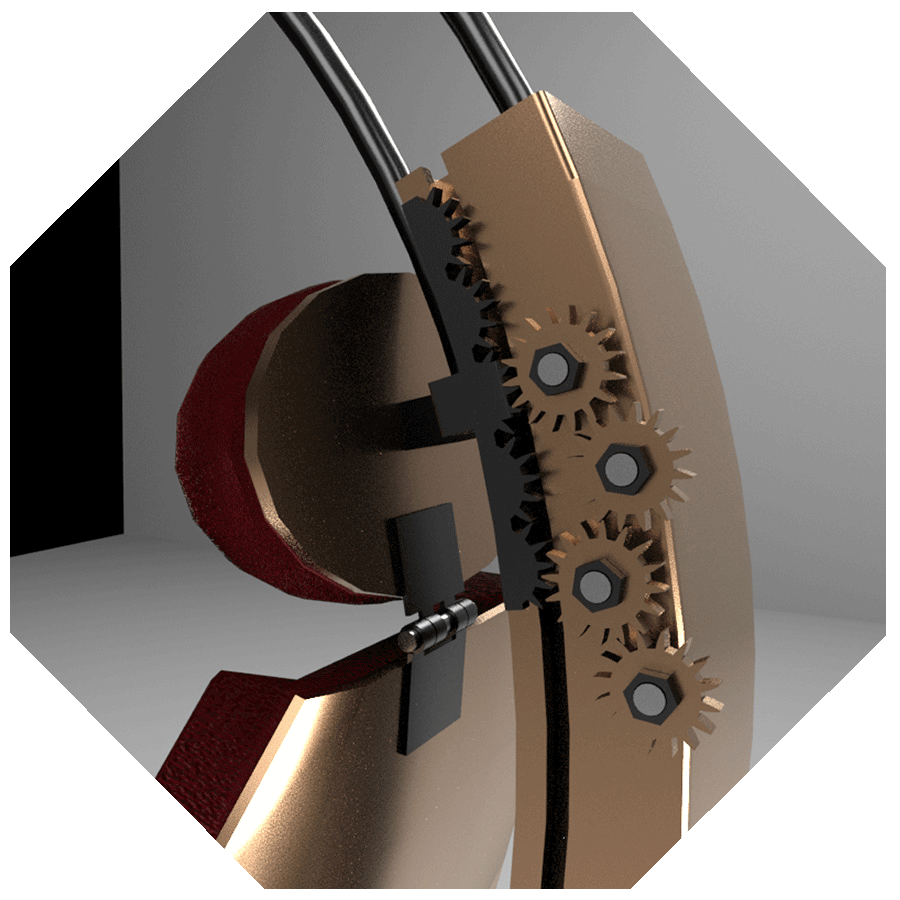 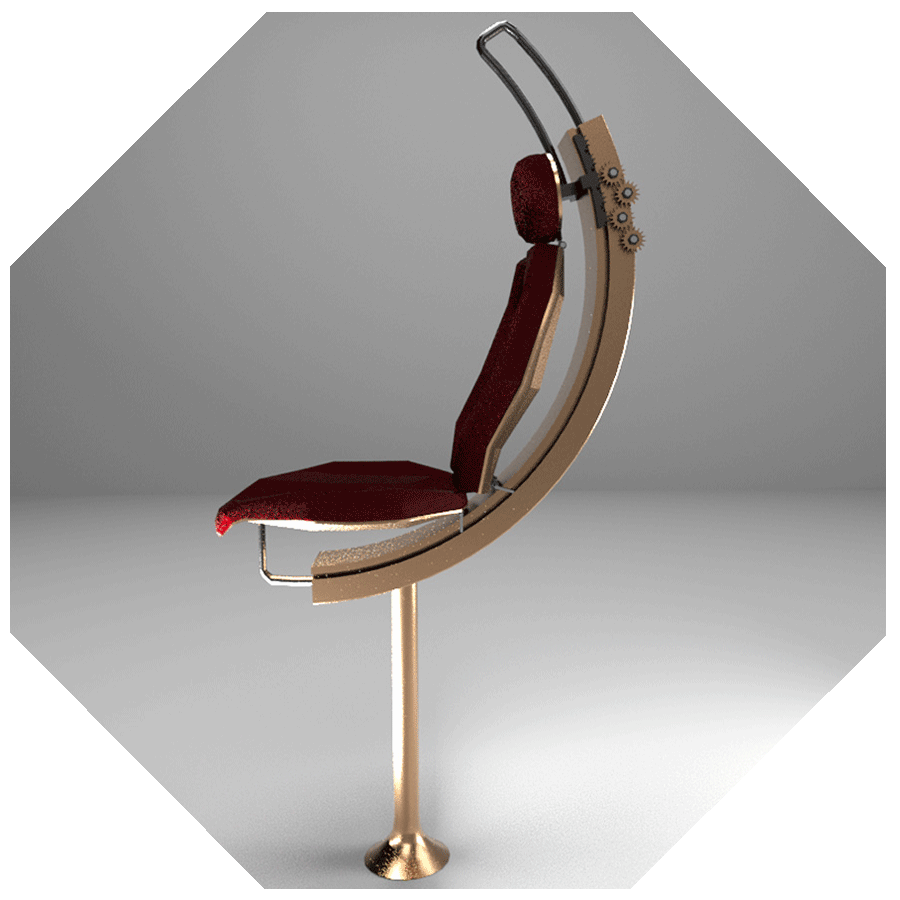 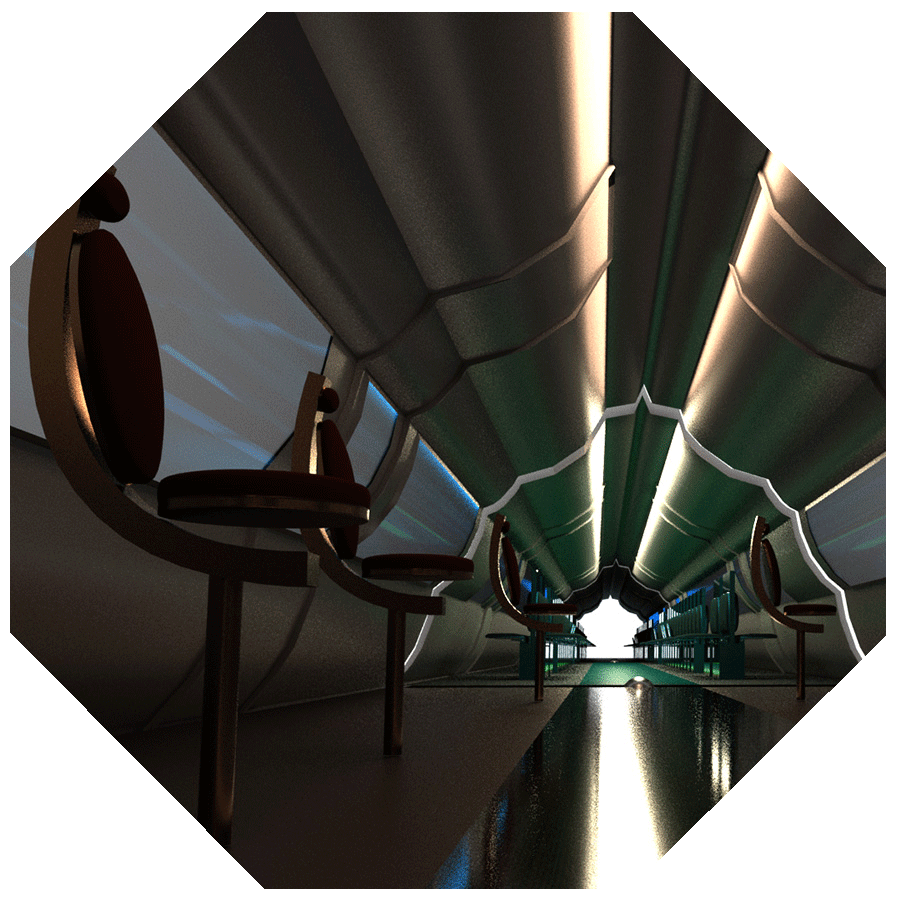 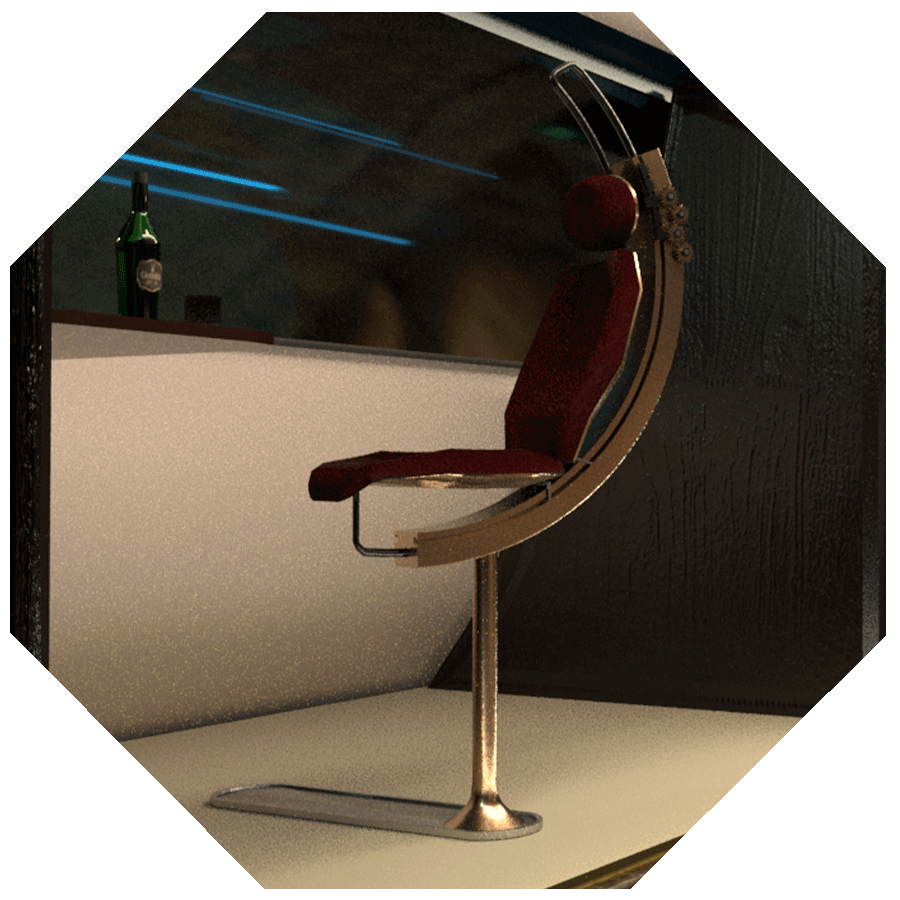 The station is modeled after the National History Museum of London. While many parts would be destroyed or changed through time the general shape is still consisting and protected by thick glass which is melting with the stone of the building.

The basement of the station is flooded with water due to the expected water pressure. Further, various Graffiti can be spotted on the walls and the corridors to give the station a rundown look and feel.

All train entrance areas are located on the top floor and can be passed through a security gates. Inspired by the circular line of Londons underground, the train rail consists of only one maglev track which is only used in one directions. 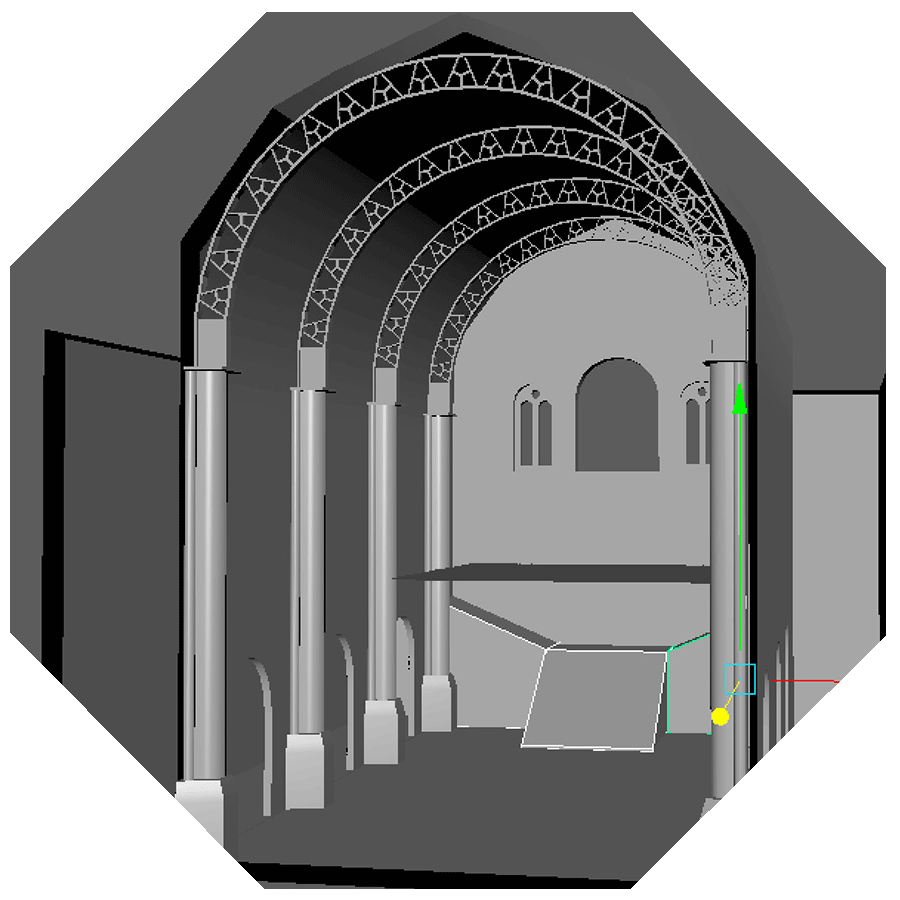 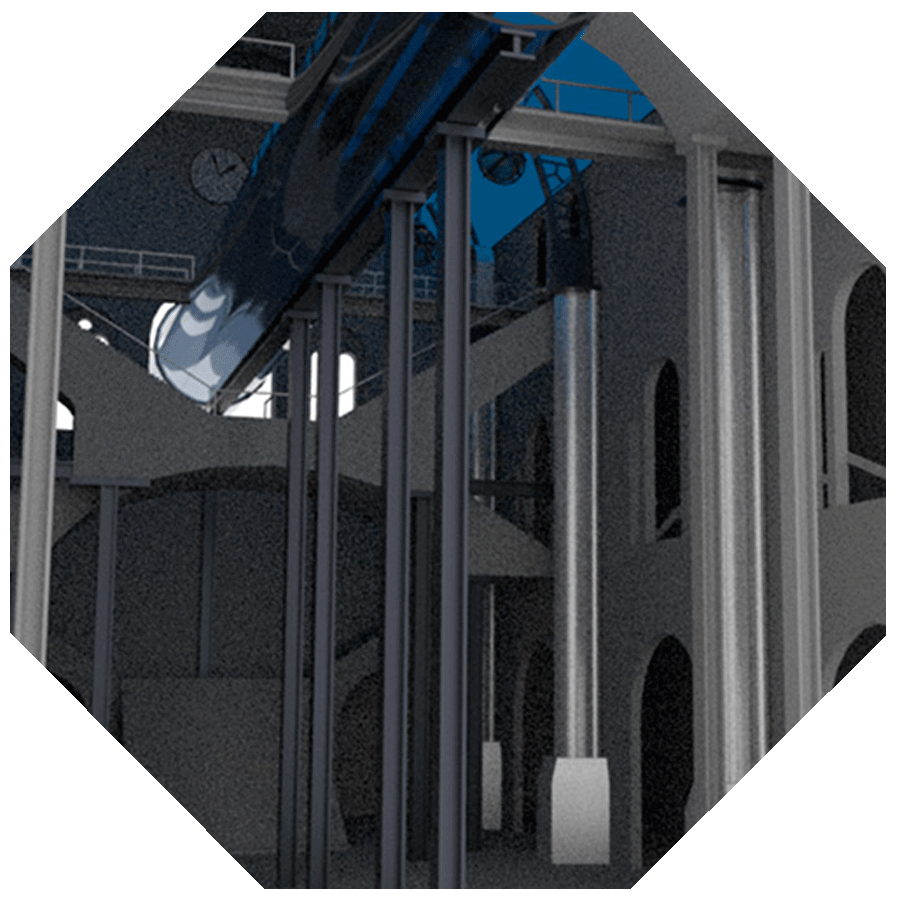 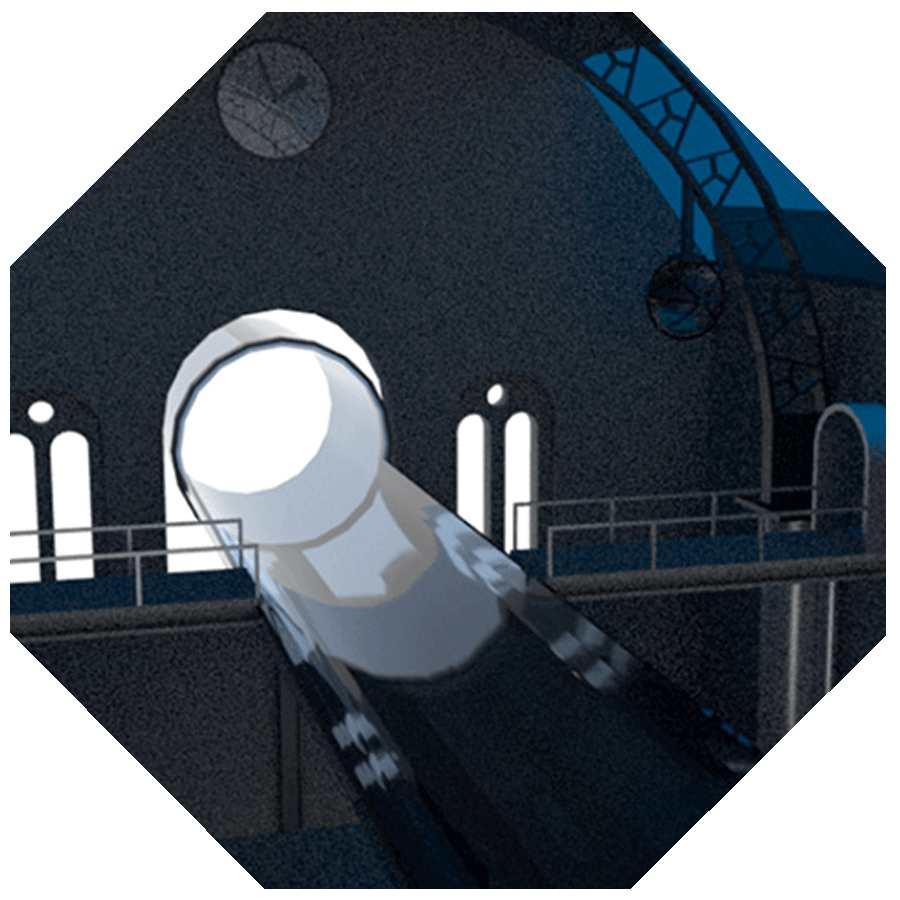 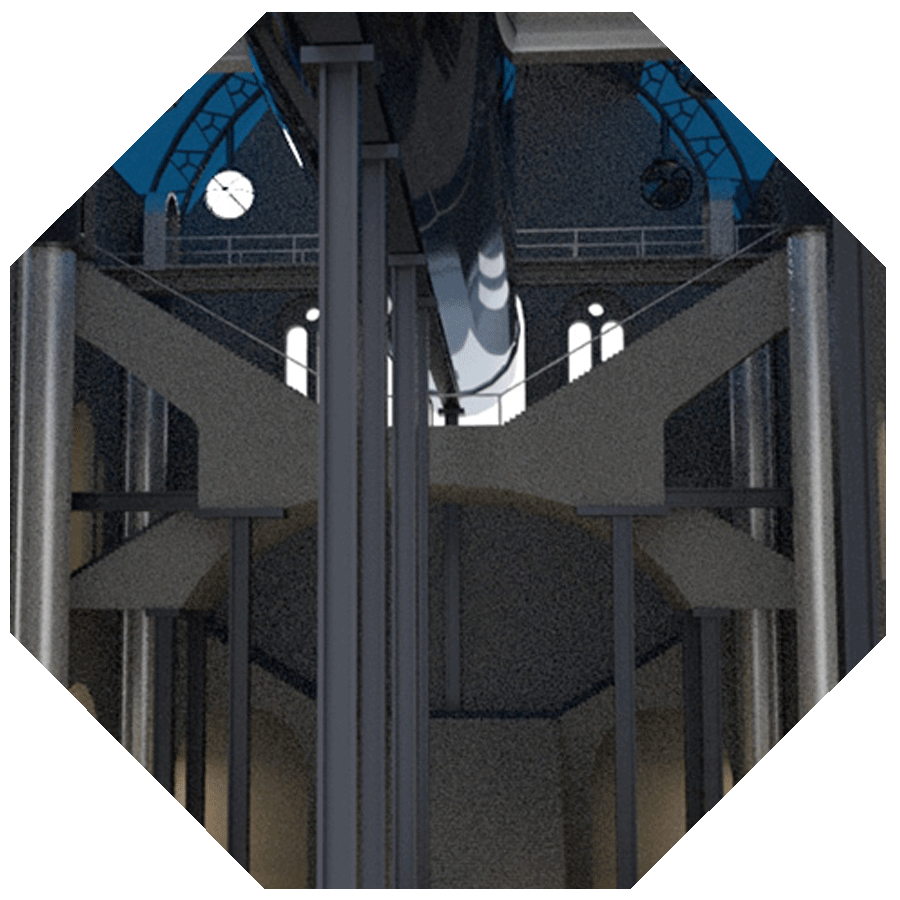 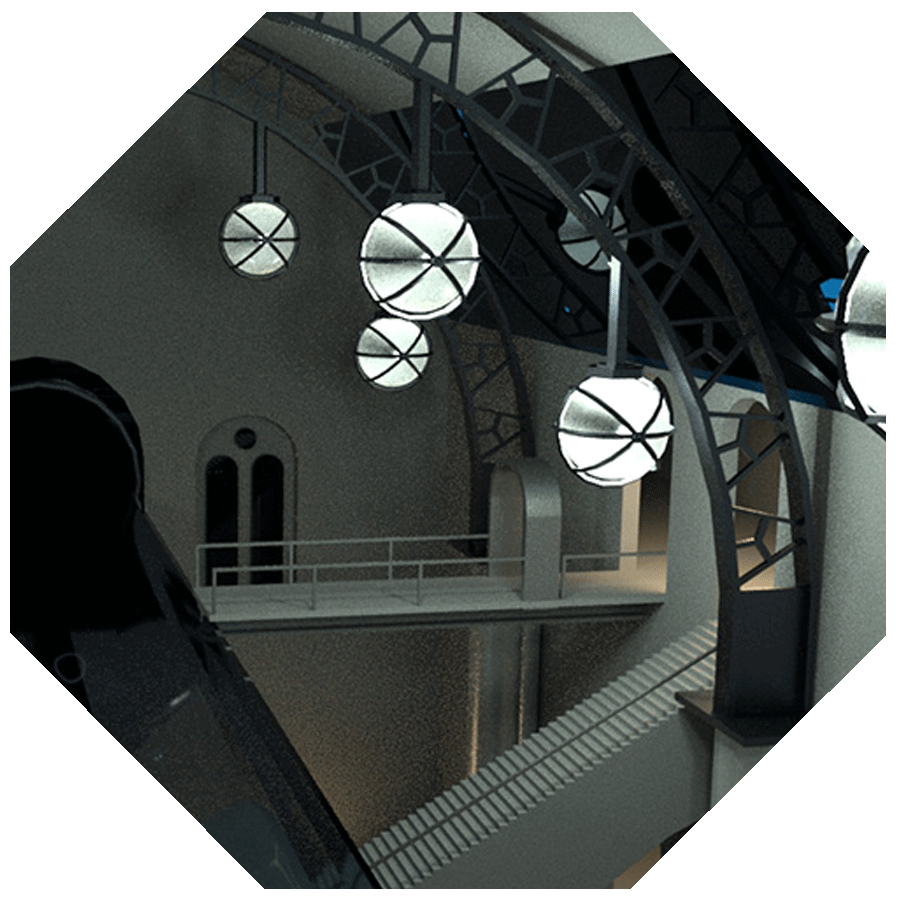 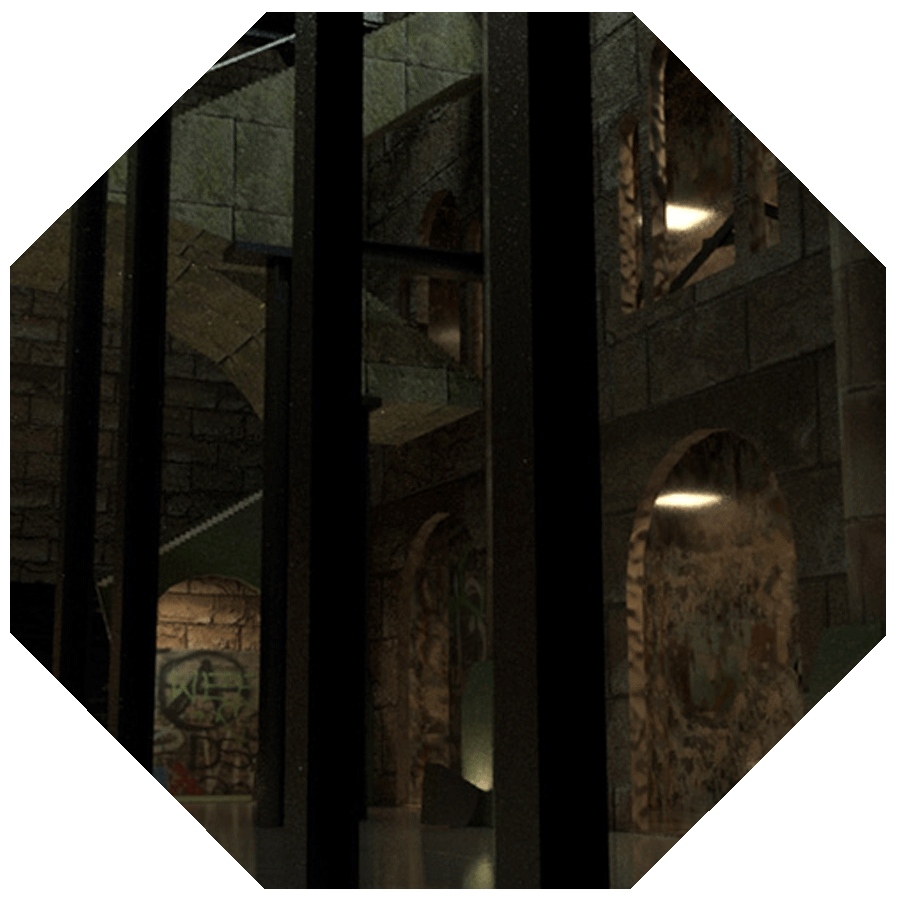 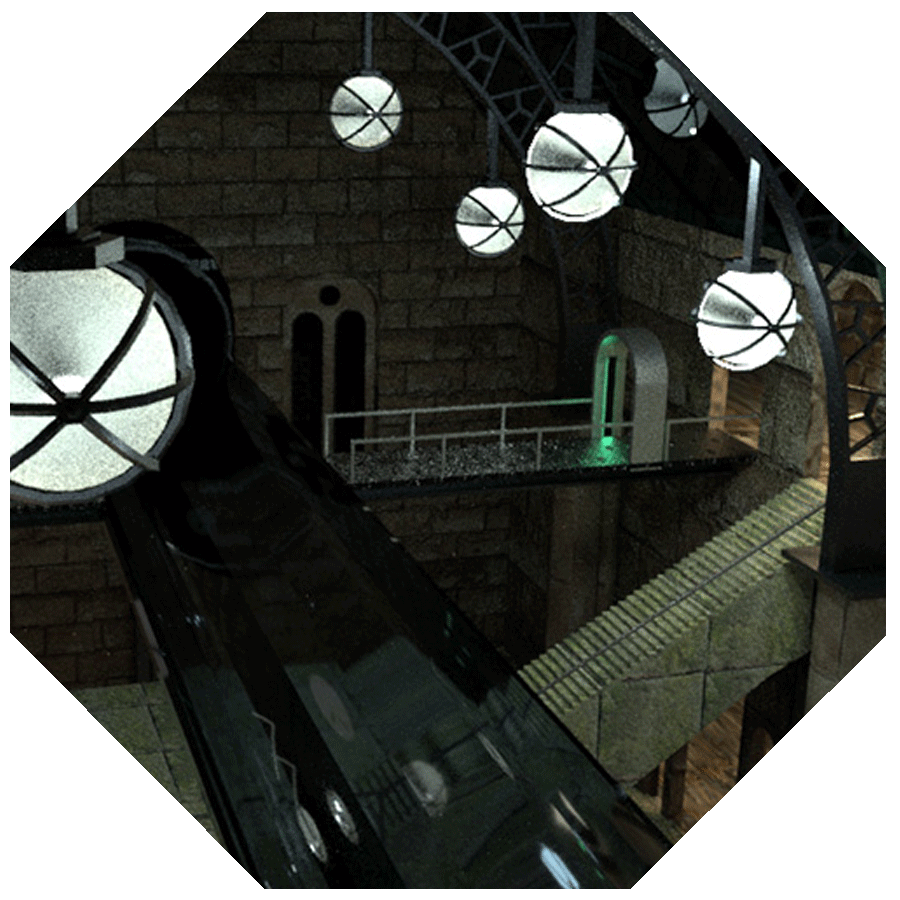 All textures, except for the Crystal Palace structure in the sliding doors, were created with my own photographs, while the coat of arms – the two raven-fish placed on the back of the train – was digitally illustrated. 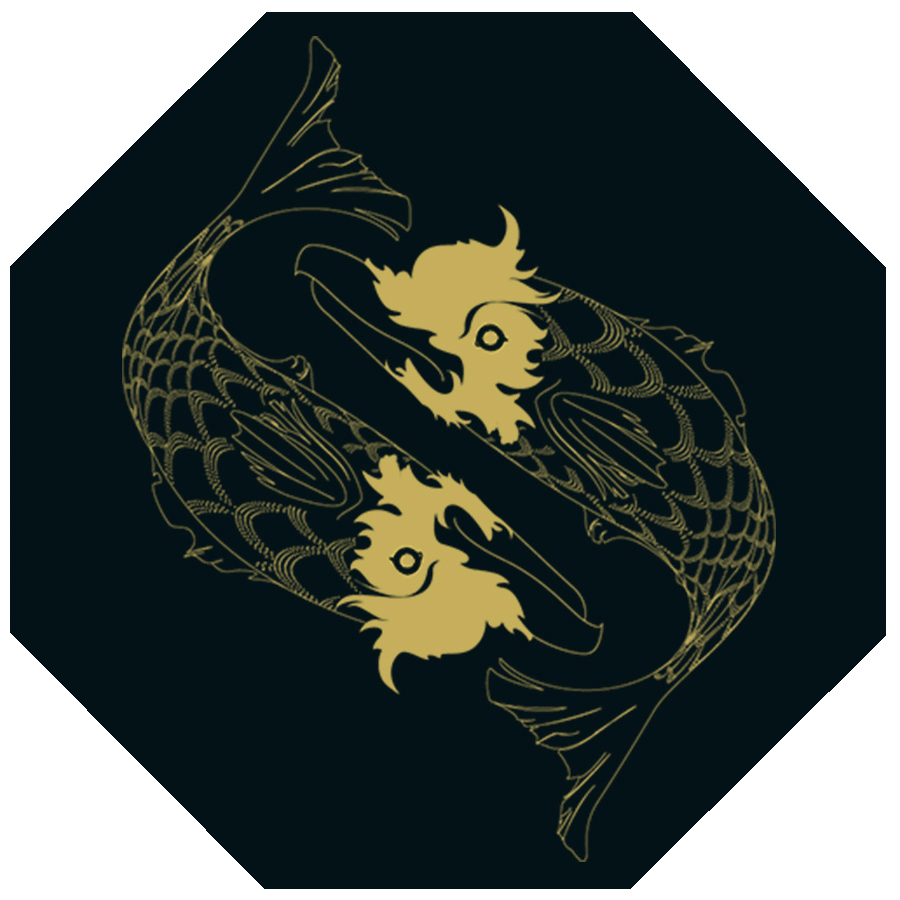 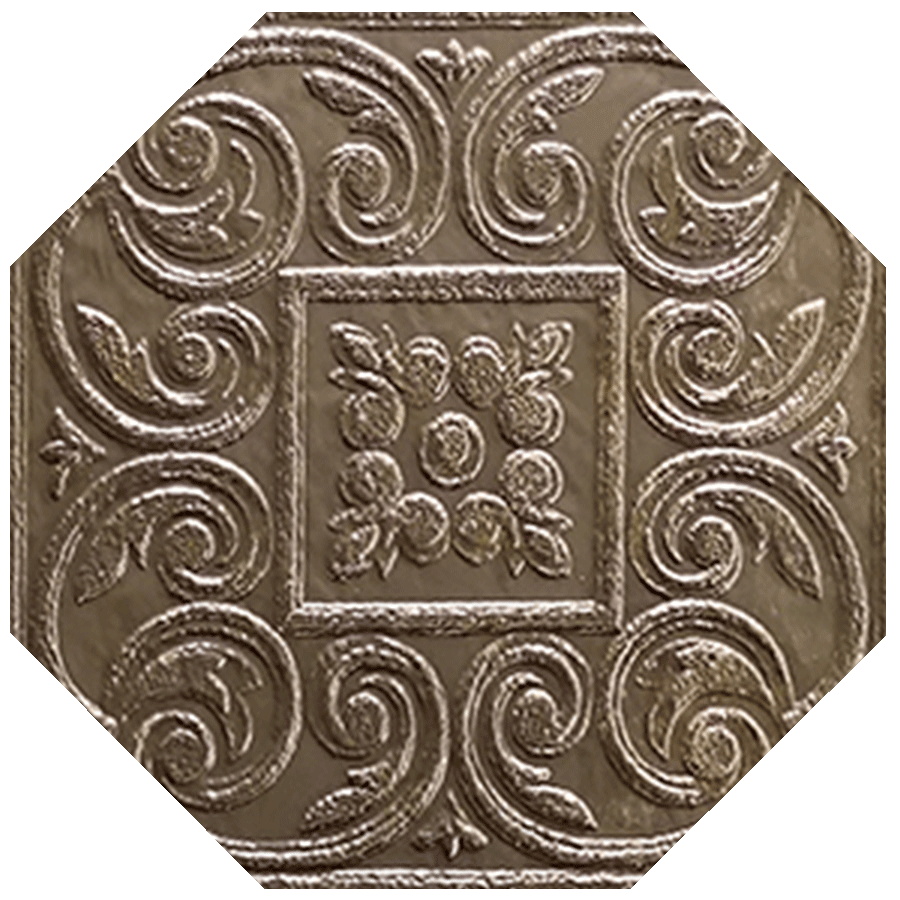 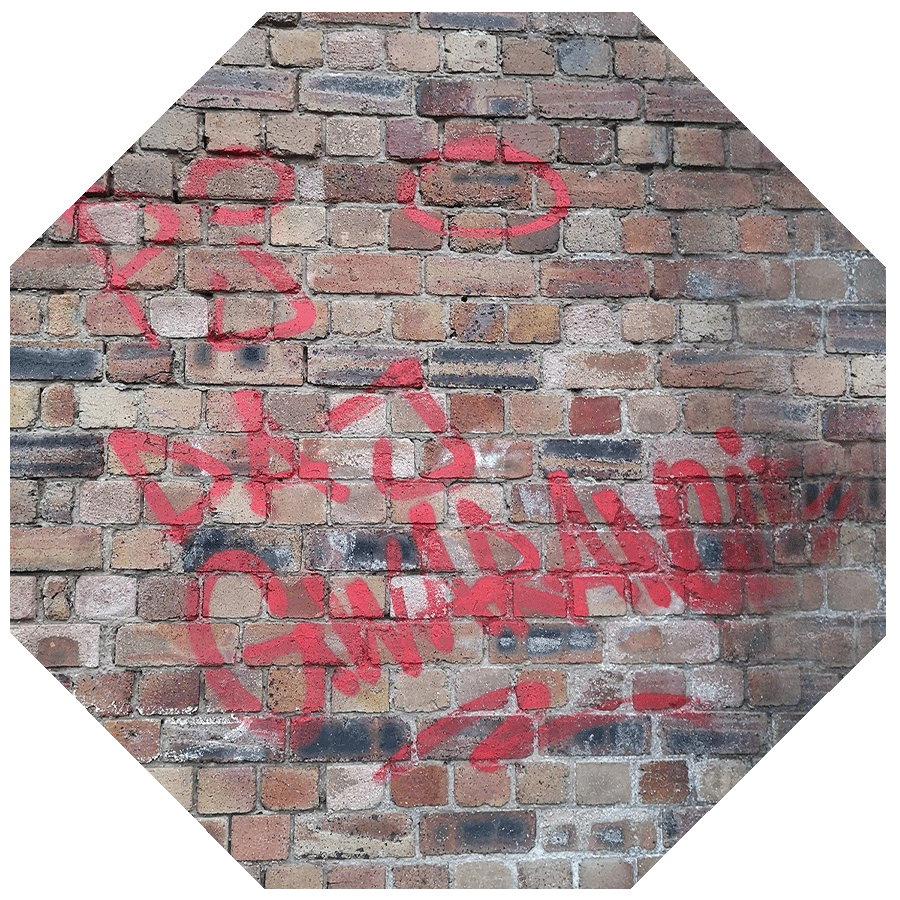 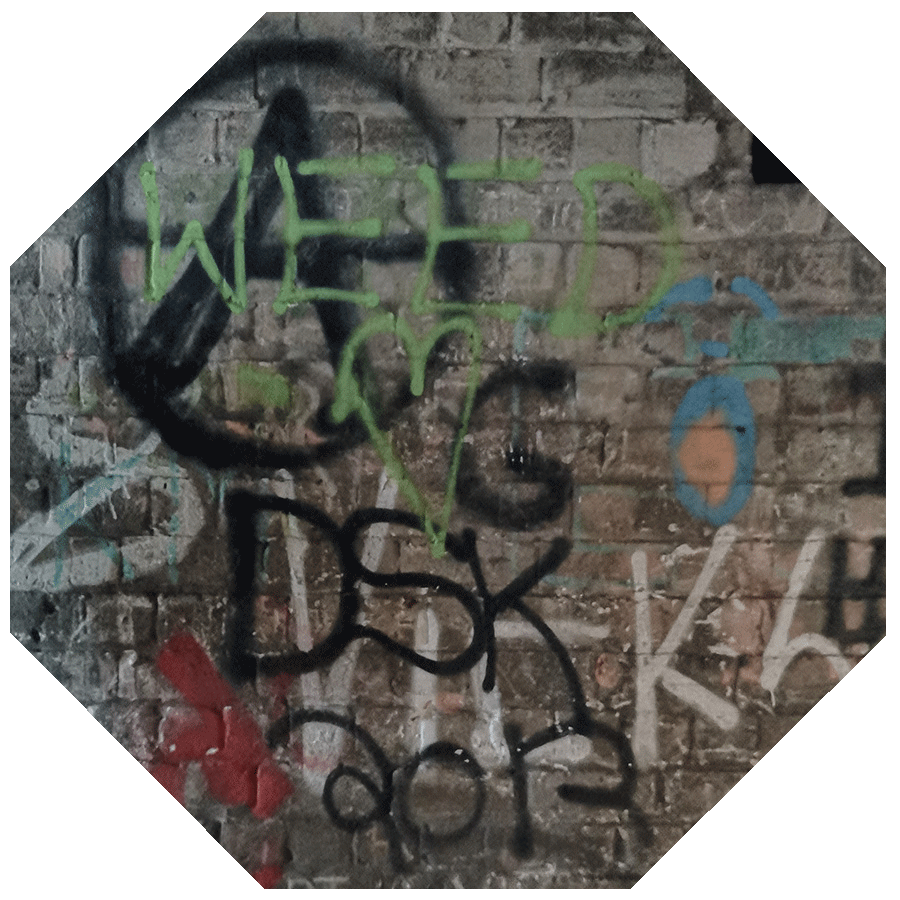 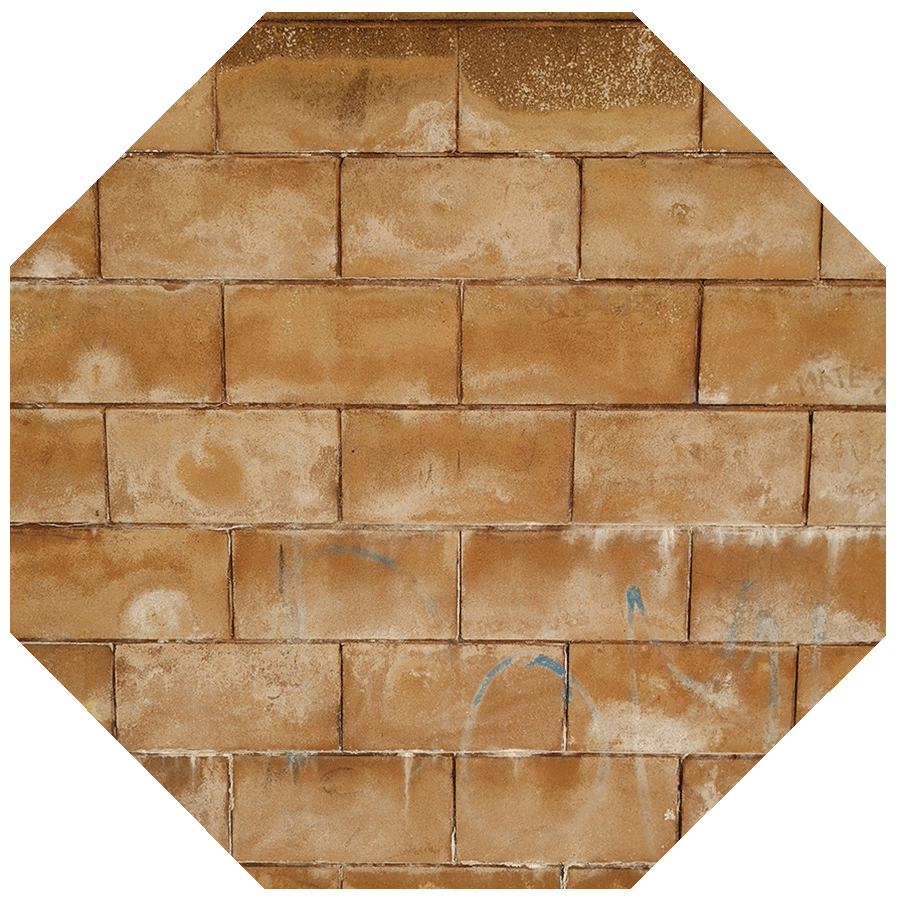 The storyboard was highly influenced by the time limit of a 30 second animation including a list of specified animations. For the creation of a dystopian atmosphere a distortion effect (glitch) was additionally added to the final animation.

Next to the camera and the train, the following elements where animated: 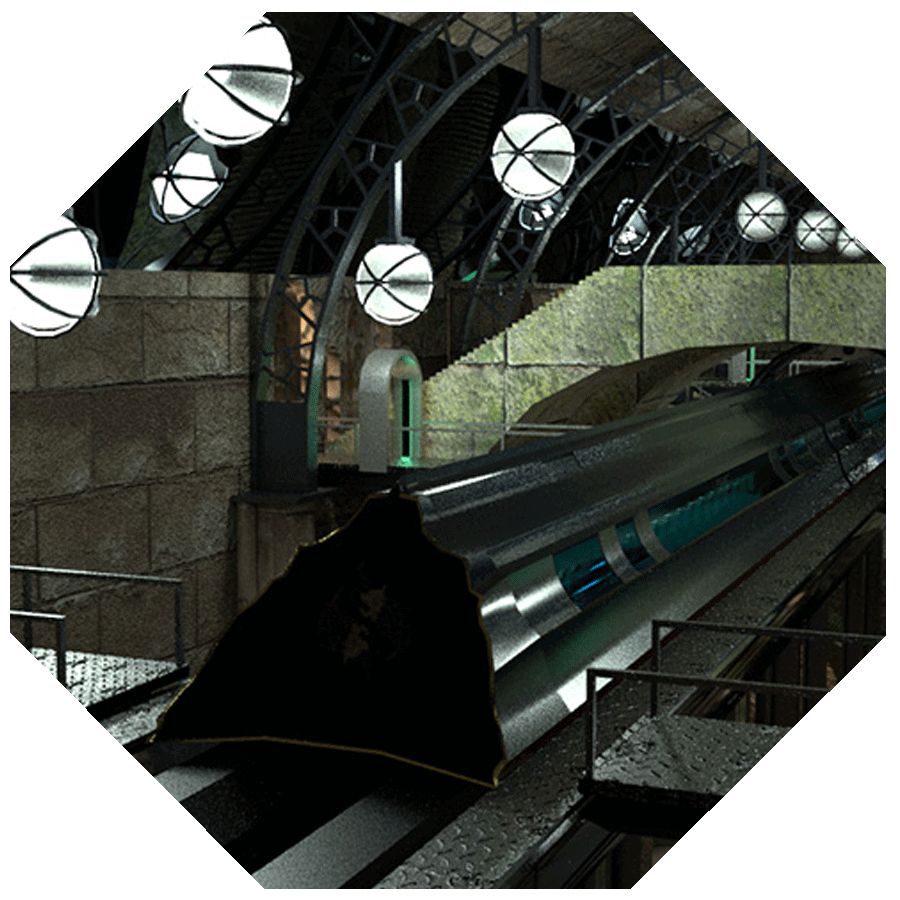 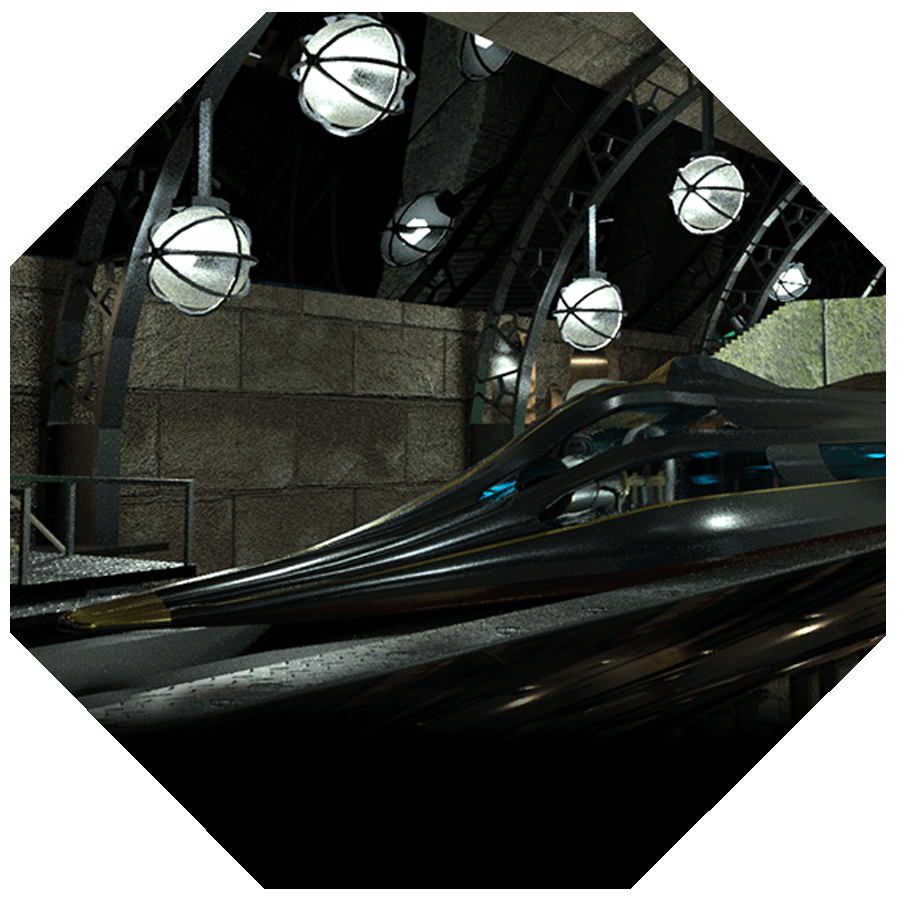 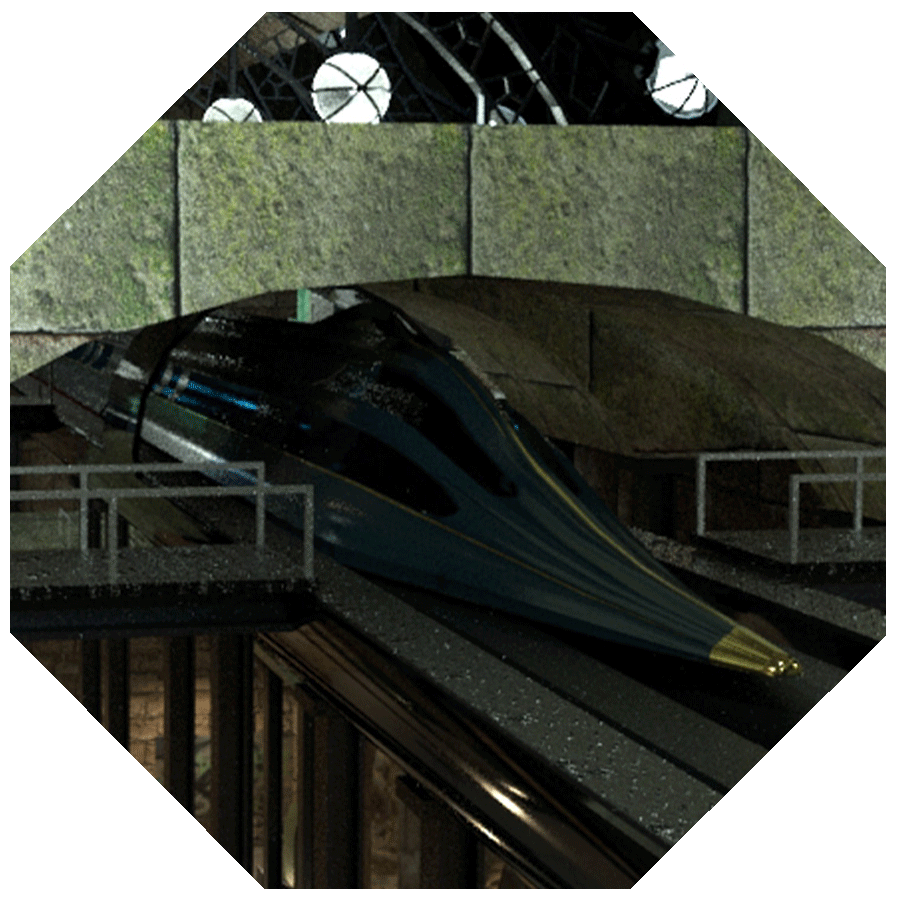