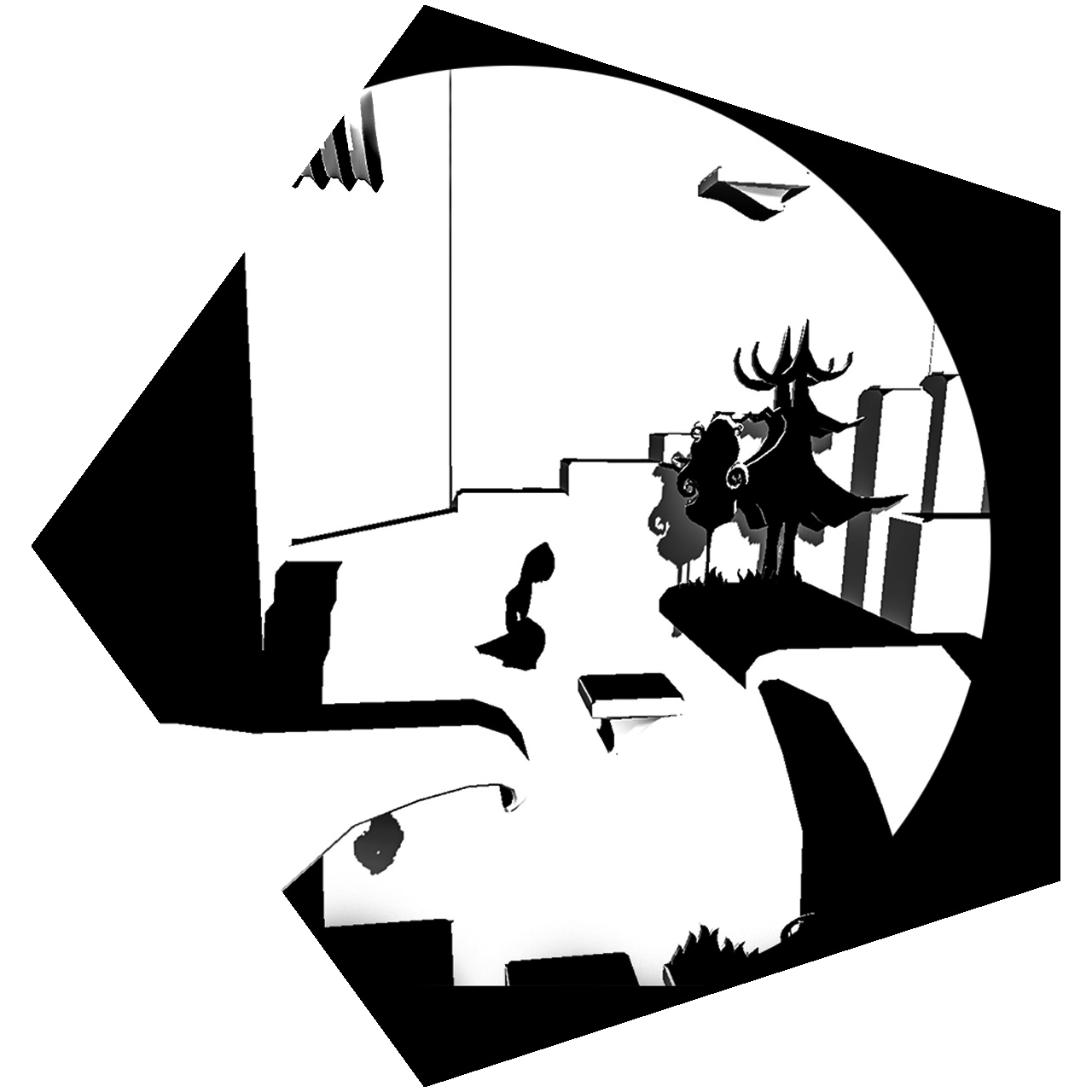 This 3D jump and run game was developed for a university project creating the illusion of 2D in a 3D environment by using black and white colours with strong illumination.

The game was developed in collaboration with the Sound Design student Andres Vasco who created and placed all sounds in the game. However, due the limited time we decided to split our work and finalised our projects individually.

Fedran is a shared imaginary world, a setting for novels, stories and poems. This world combines a fading society based on the use of magic, which is being challenged by the rise of technology and new machines. The website for Fedran provides a rich source of material to inspire creative design in sound and vision. For your assessment on this course, you will make use of the world of Fedran as the inspiration for your creative work. You may choose to realise a particular chapter of one of the Fedran novels, or to combine different elements from the source material to synthesise your own concept of Fedran.

This game was inspired by the combination of magic and mechanics of Fedran. Specifically the scene in chapter 2 of Fedran, as a mechanical water screw exploded, injuring the main characters friend, enhanced my imagination to challenge the brief and to create a different outcome of the story. Inspired by the game Alice: Madness Returns and the movie The Sixth Sense, the games storyline is based on Fedrans main character dying in this scene and revealing her personal narrative during the gameplay in a third person jump and run game. The developed level was additionally inspired by paper cuts and showing a layered level design which could mostly only be walked from left to right and vice versa. 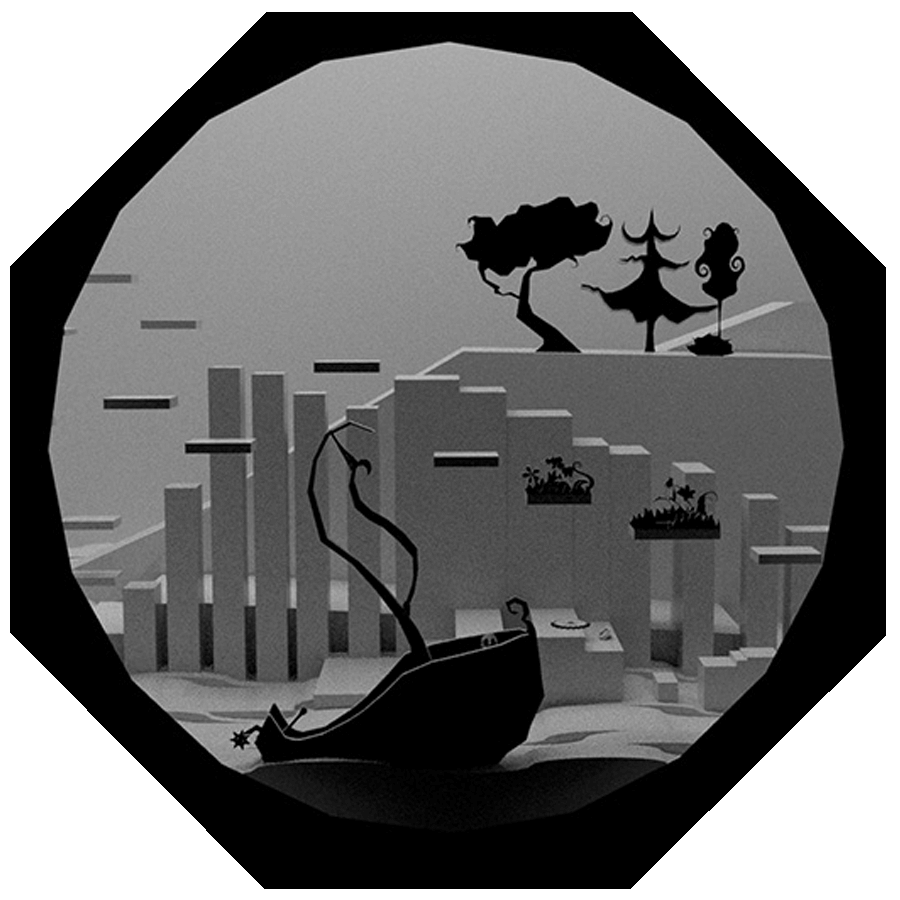 The twisting of the narrative resulted in a game revealing gradually the main characters death during the gameplay. Subtle hints where placed in the first level such as the choice of flowers, trees, the ship crossing the sea, the idea of shrinking the viewing hole with every game replay as well as the title of the game itself.

For a more personal version of this story a genderless, hooded character was created who makes its way through the inside of a machinery. 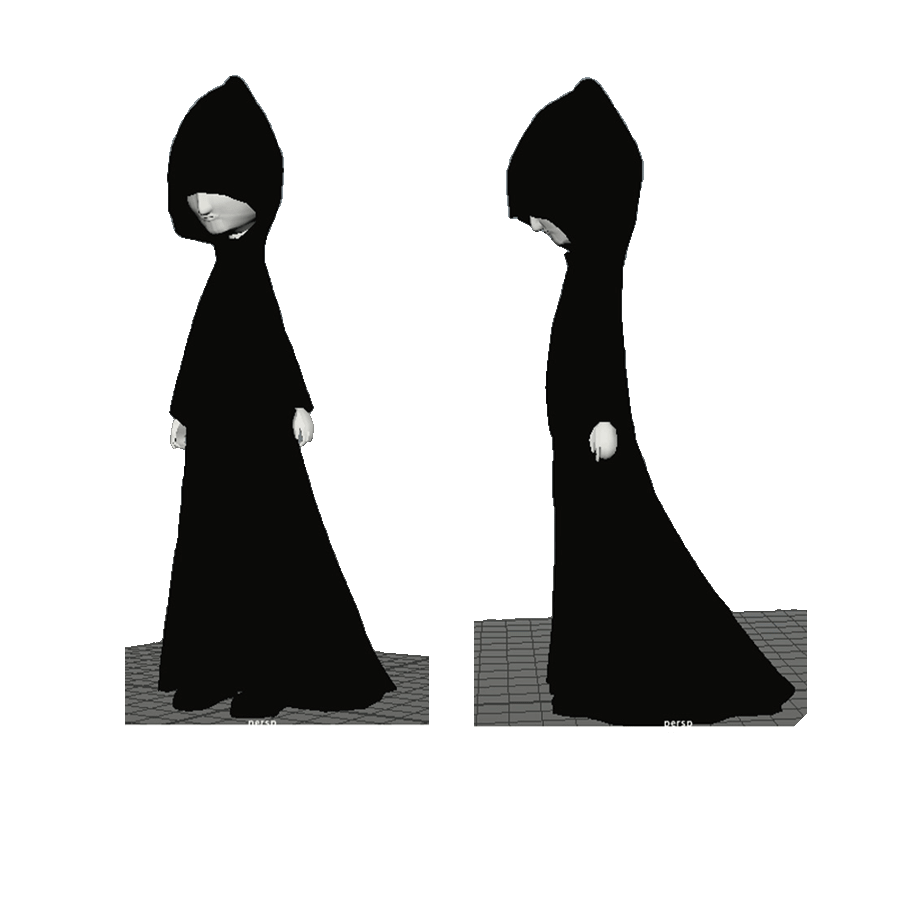 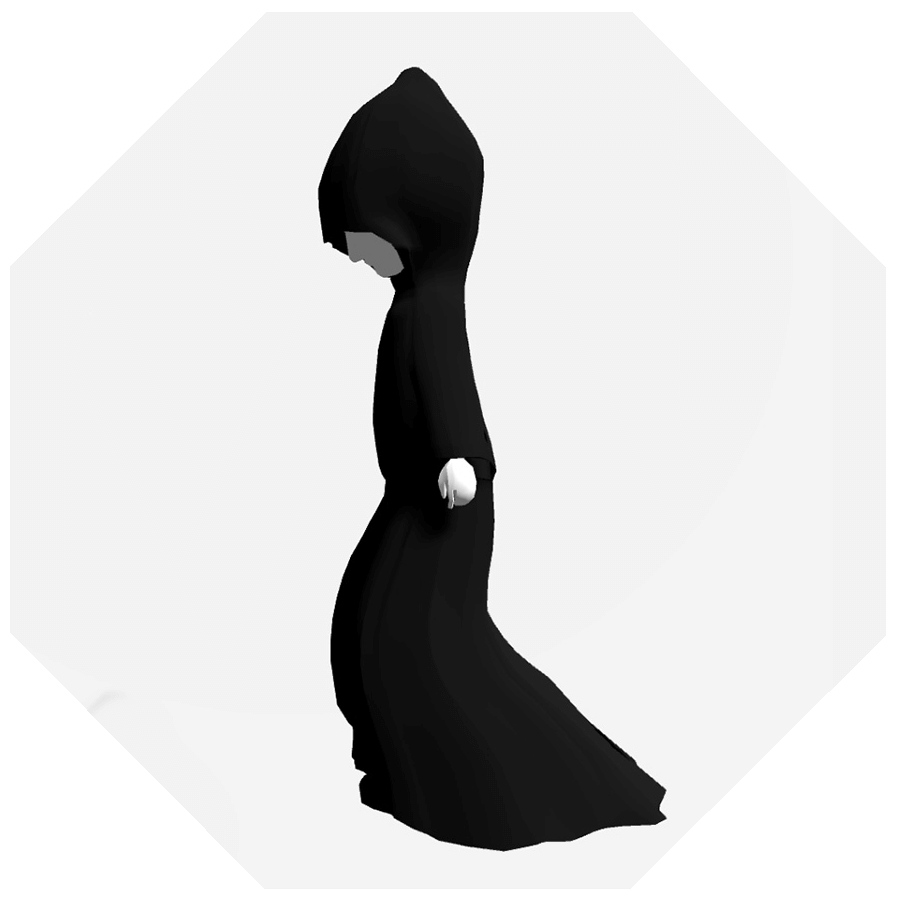 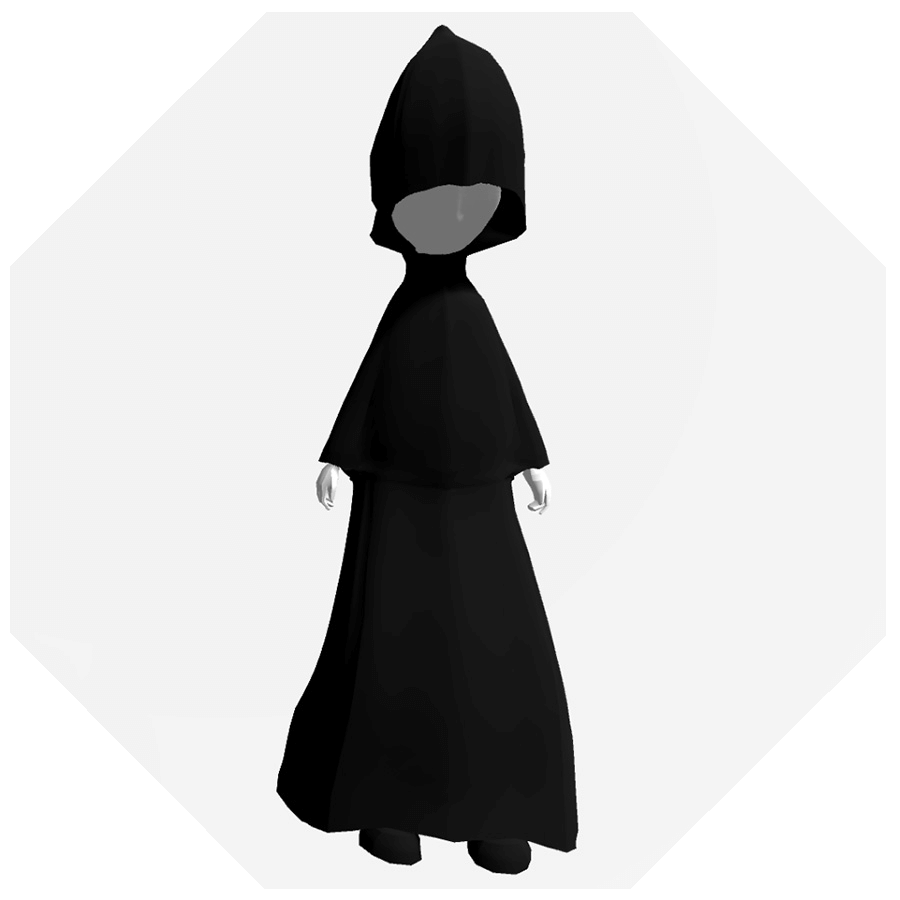 An abstract and quirky art style with a hint of Tim Burton were the main drivers for the creation of this game representing the afterlife. Experimentation with merging of a 3D and 2D style resulted in an illusion of a 2 dimensional gameplay. Further, the view through a viewing hole magnified the 2D effect by limiting the sight of the player. 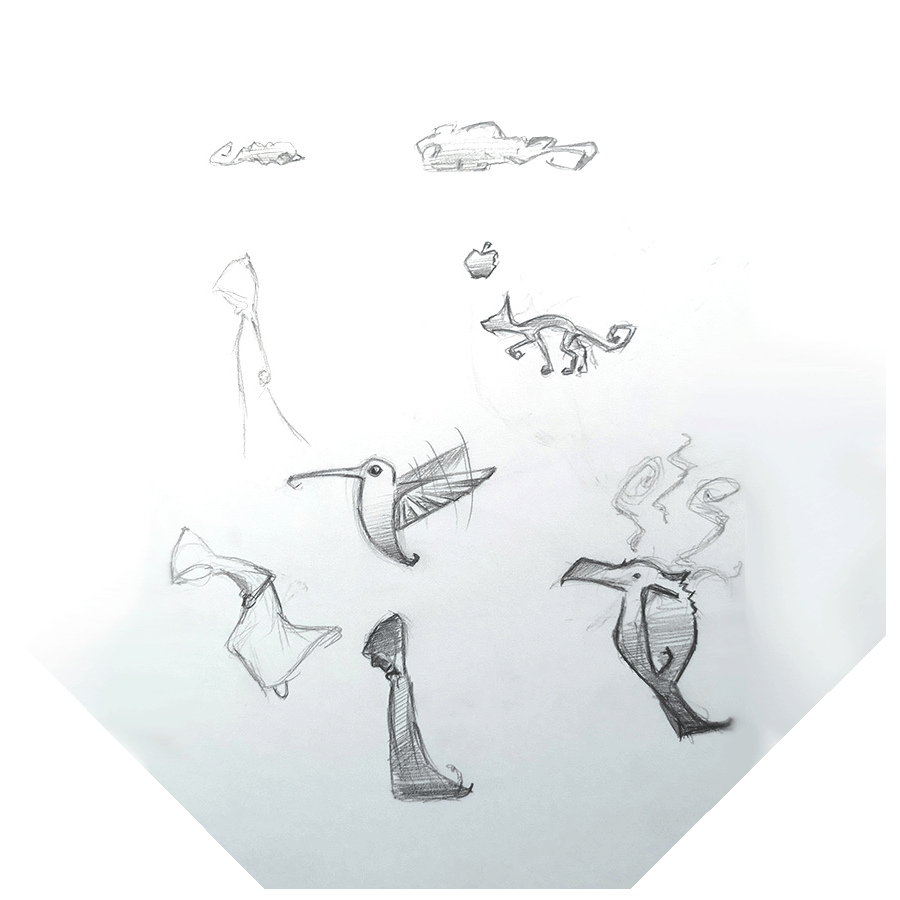 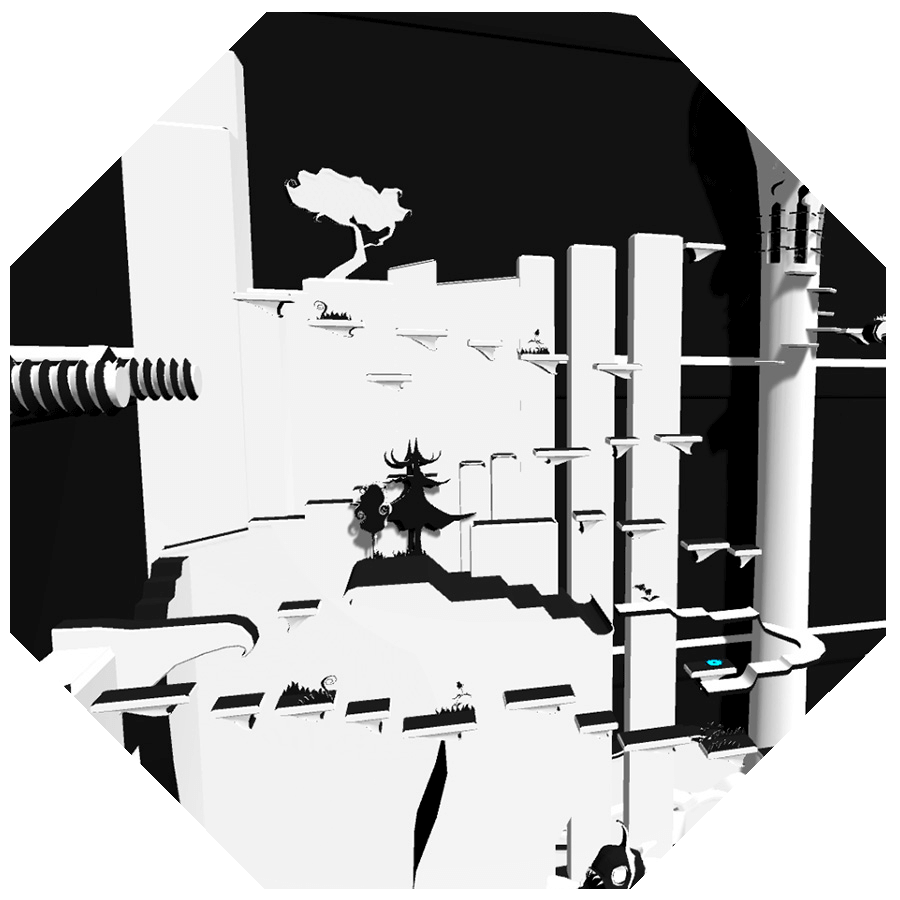 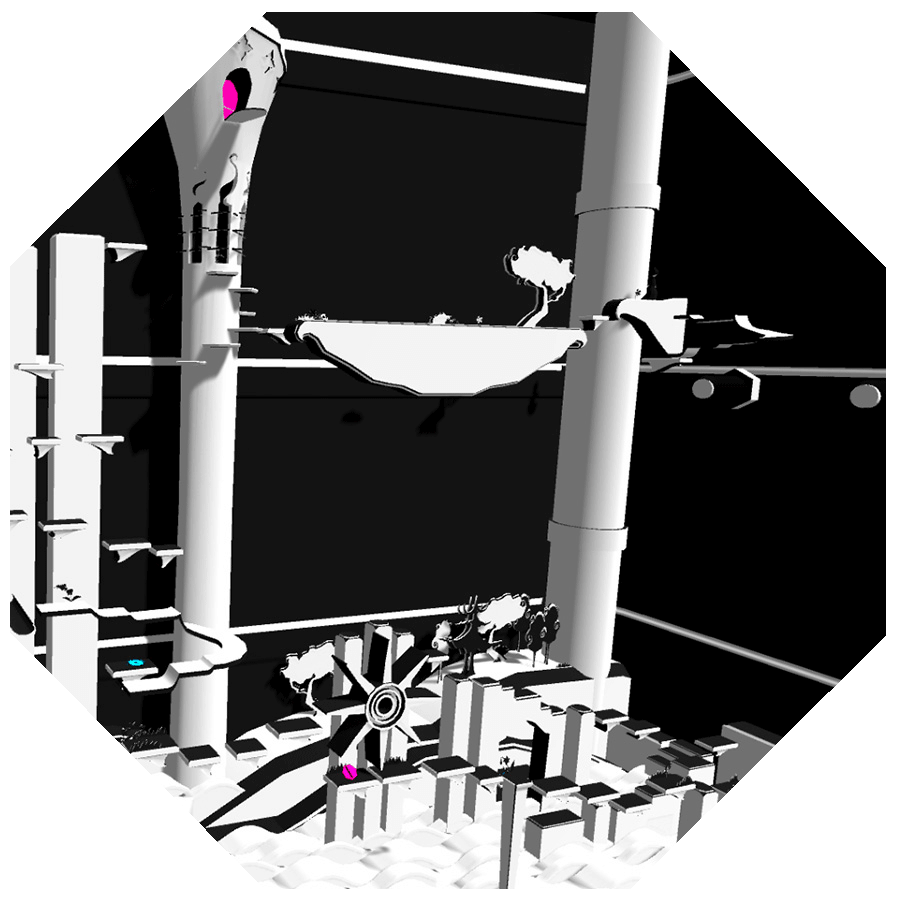 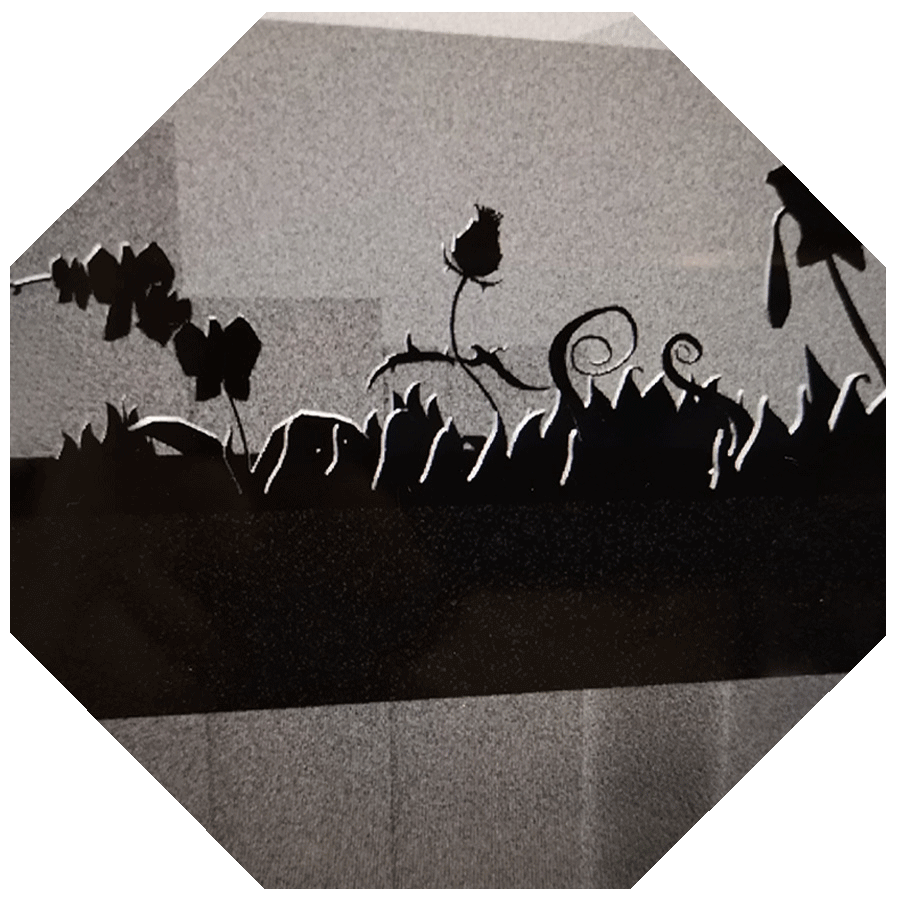 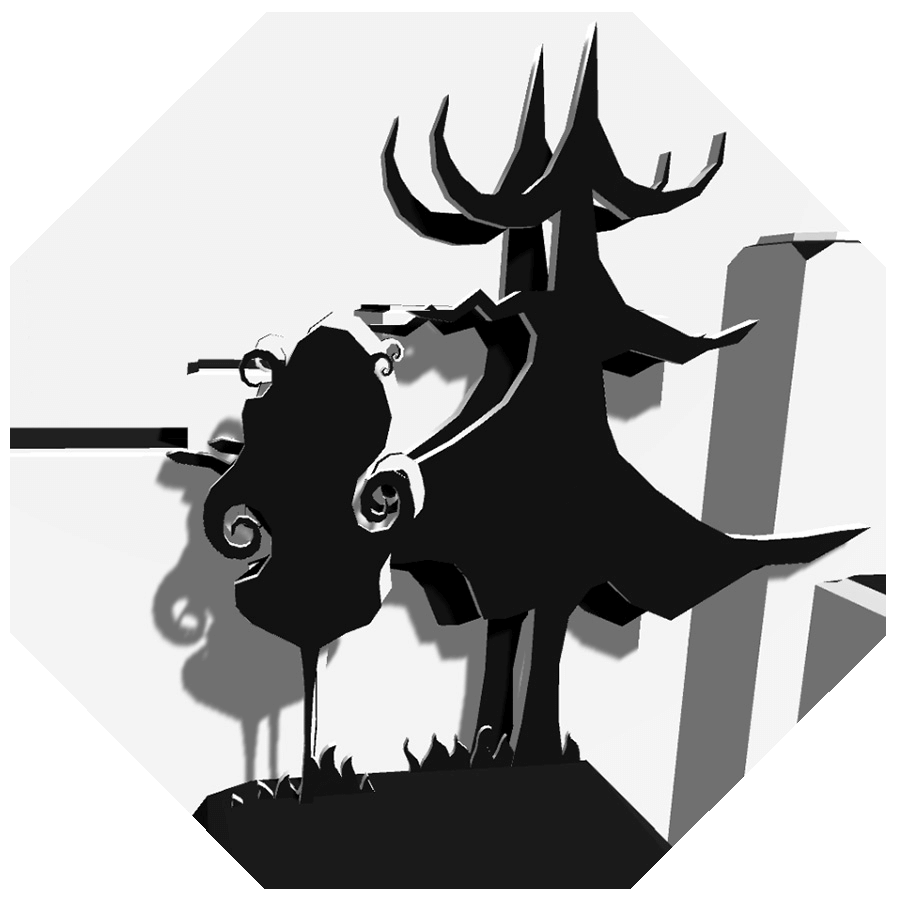 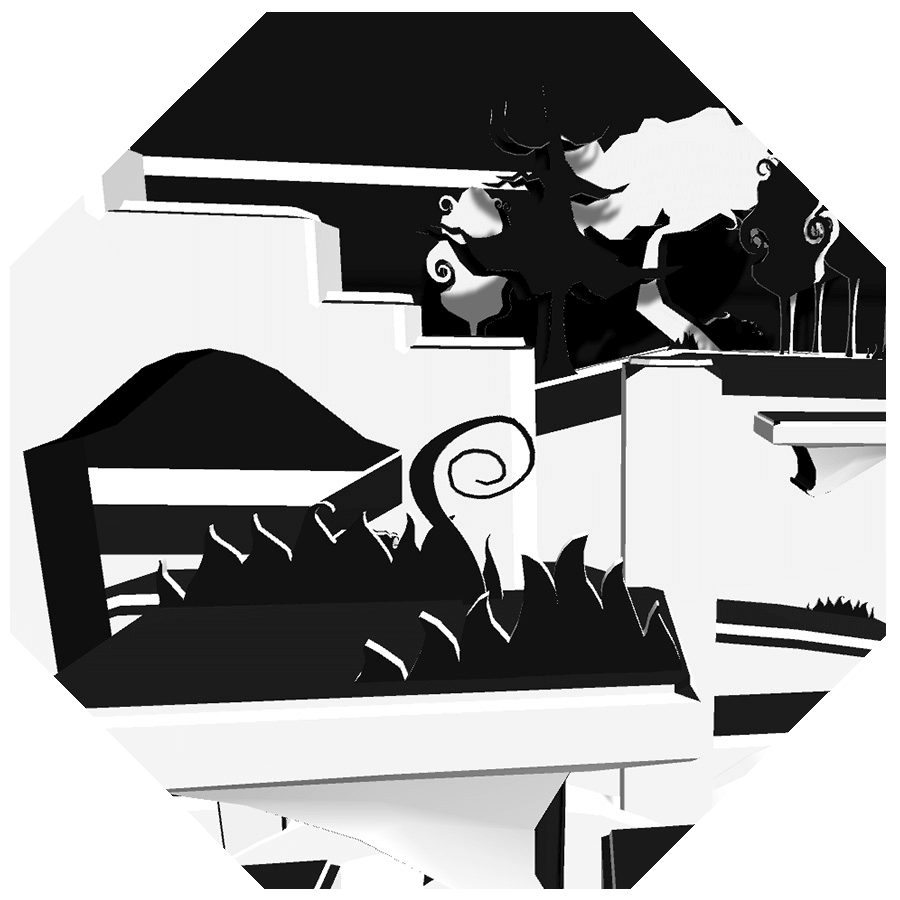 Inspirational games for the design were mainly: The Unfinished Swan, White Night, Limbo and Return of the Obra Dinn.

Walking through the game using the arrow keys and space bar, the player can freely explore the game and search for collectibles to open the gate to the next level. While the player will die when falling into the water it is possible to fly when hitting the space bar repeatedly. The focus of this game is to explore and to enjoy the unique art style of the level. It is a slow paced game and the difficulty lays in the limited vision through a viewing hole. Further development will add new level in different art styles such as pop art or sketchy while the main character will always remain in the same style. 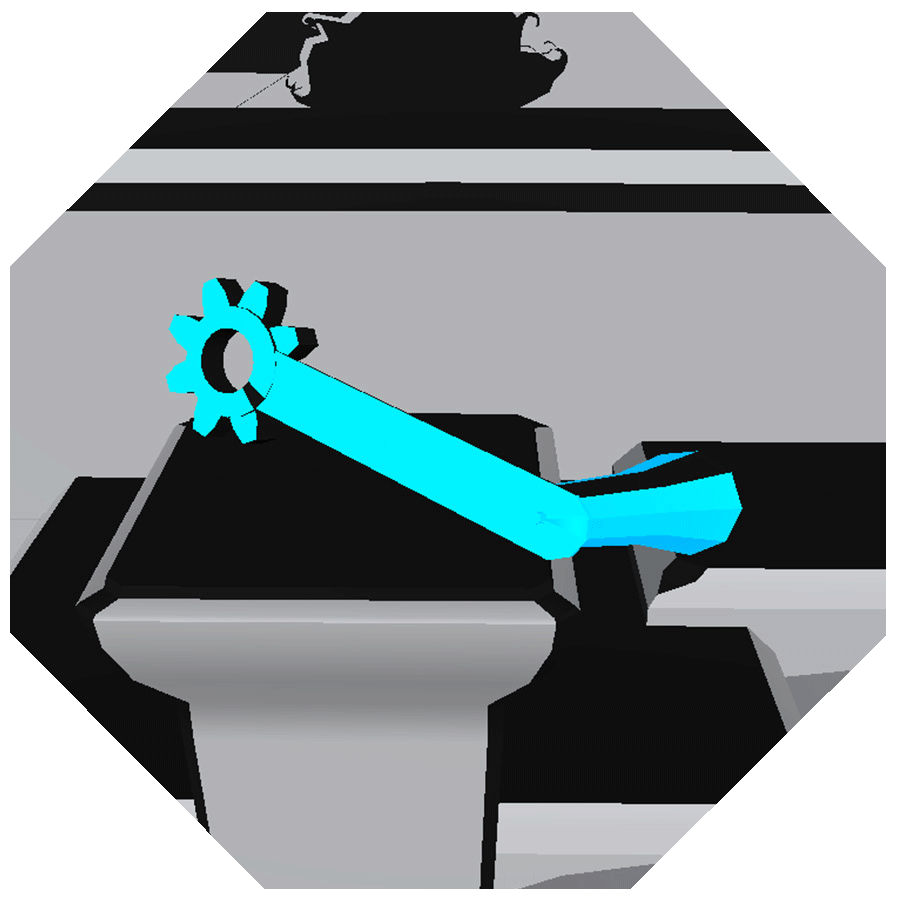 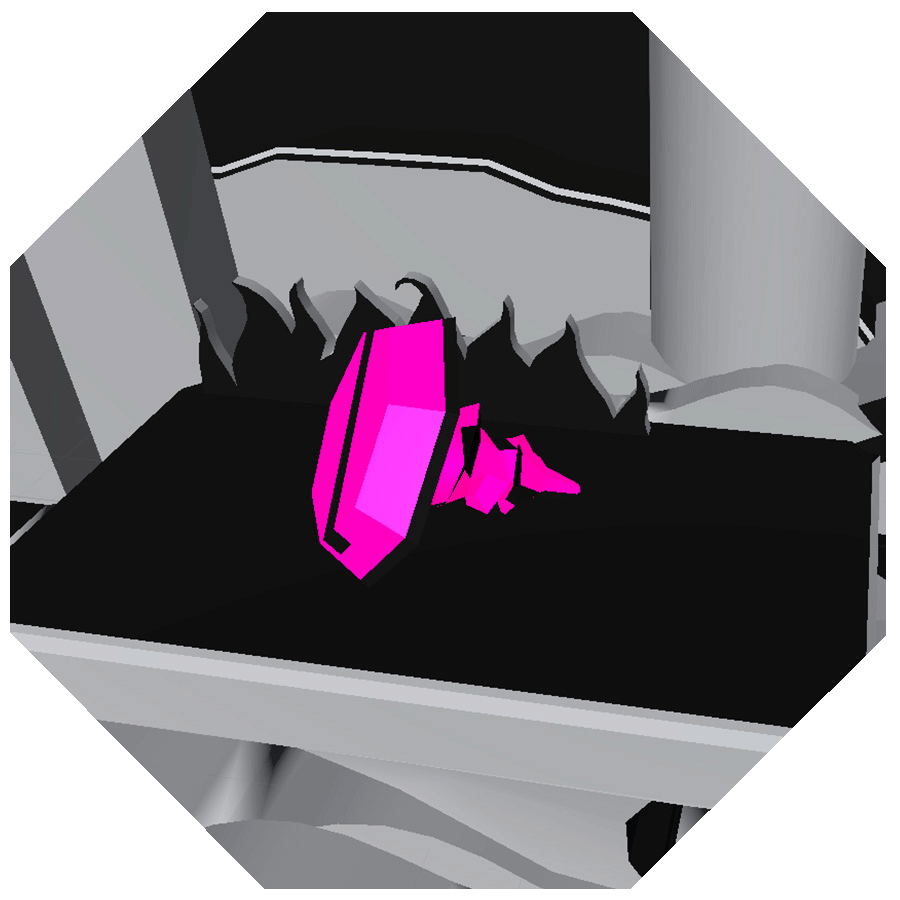 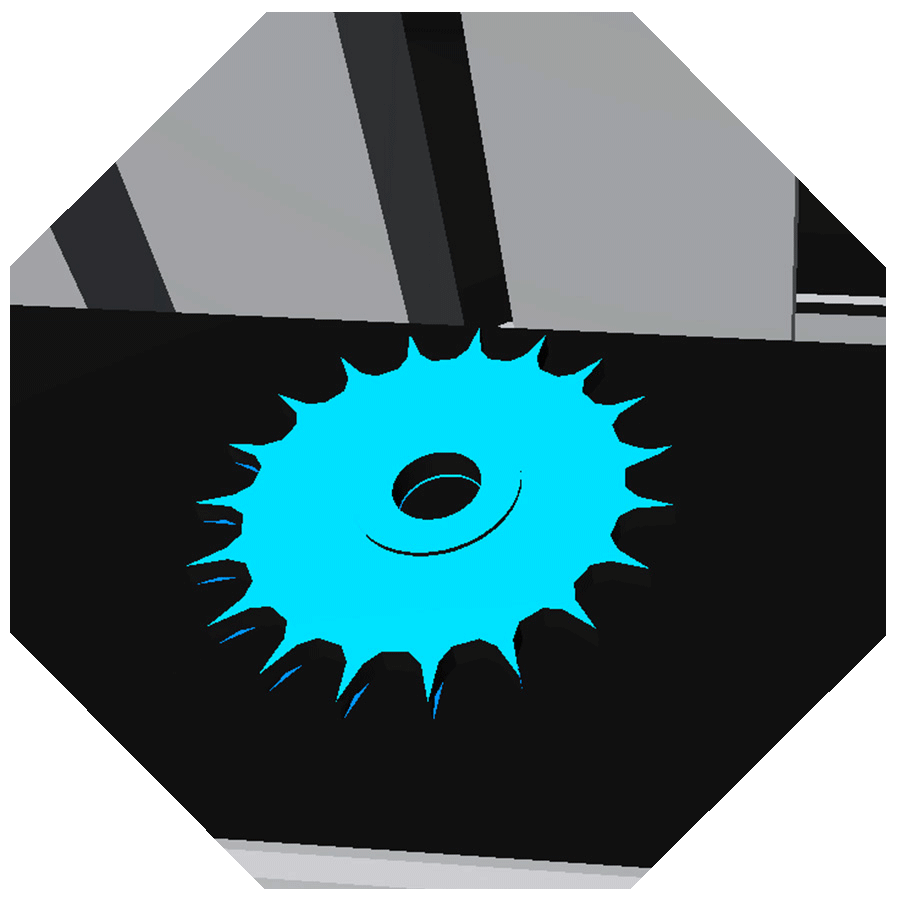